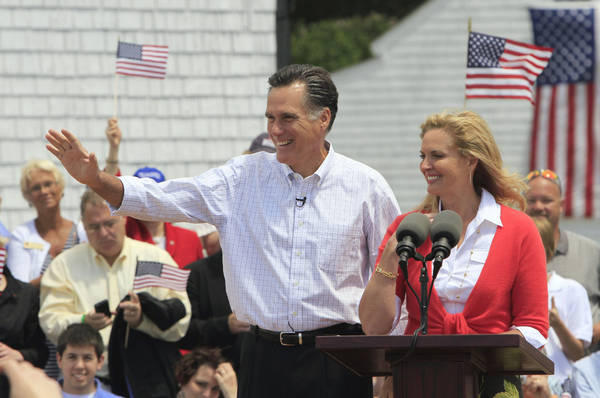 Mitt Romney officially launched another run for president Thursday, choosing a key early voting state to deliver a strong message against the Democratic administration's handling of the economy.

Romney made the announcement at Bittersweet Farm, owned by a former speaker of the New Hampshire Legislature, Doug Scamman. New Hampshire was also the backdrop for Romney's online announcement in April that he was forming a presidential exploratory committee.

New Hampshire, which is first in the national primary next year, is being described as a must-win state for Romney, who finished second there in his 2008 White House bid to the party's eventual nominee, Arizona Sen. John McCain.

Romney, a Boston-based businessman who amassed a personal fortune turning around troubled companies, emphasized the need to fix the nation's economy in a speech delivered near a barn decorated with his campaign slogan, "Believe in America."