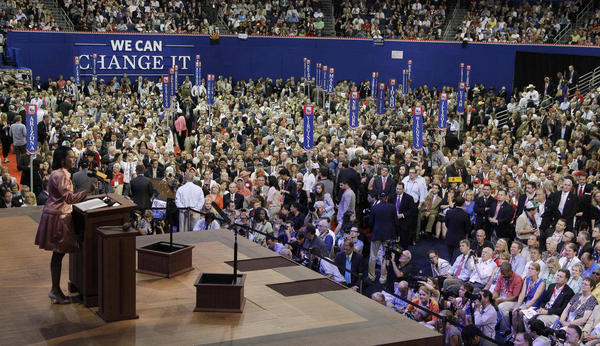 Mitt Romney makes Mormonism part of his speech during RNC

After years of avoiding direct mention of his religion, Mitt Romney will open up about his Mormon faith as he accepts the Republican nomination for president.

It's unclear just how much detail he will provide on Thursday night, the pinnacle of the Republican National Convention in Tampa, Fla. The former Massachusetts governor has spoken broadly in the past about the importance of prayer and belief in God, but has not discussed The Church of Jesus Christ of Latter-day Saints.

However, the roster of speakers promises at least a glimpse into his nearly 14 years of service as a lay Mormon pastor around Boston. The invocation will be given by Ken Hutchins, a retired Northborough, Mass., police chief, who was also a Mormon leader in the state, and Grant Bennett, who served as a church counselor to Romney, is scheduled to offer remarks.