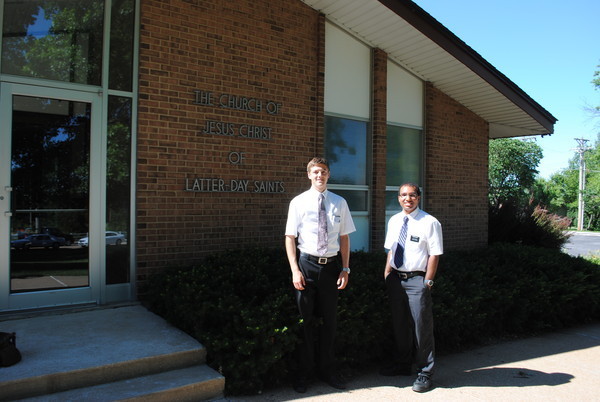 Mission trips for members of the Mormon church last two years. The missionaries can be sent anywhere in the world.

St. Charles Patch: How did you end up in St. Charles?
Read the rest of this story at stcharles.patch.com