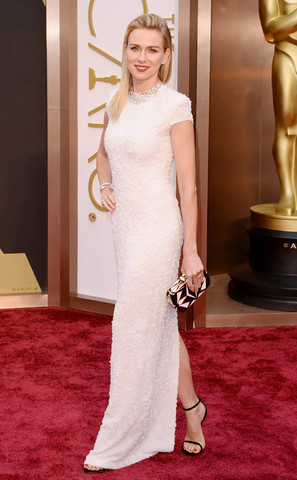 Modest Fashion at the 2014 Academy Awards

Confession time: I have a weakness for beautiful evening gowns. In high school, I bought a new formal for every school dance, from the Valentine's Sweethearts dance to Homecoming and Prom. In fact, if I ever sold my collection of taffeta and chiffon dresses, I could probably buy a small car.

I mention this because, as I tuned into the Academy Awards, I found myself caring more about what people were wearing than the awards they were winning. See, at least for me, awards shows are purely about who's wearing what. I realize that some of these celebrities aren't necessarily the best role models, and their behavior in and out of their movies isn't to be emulated. I even get that those who just happened to wear a modest dress probably weren't thinking at all about covering their shoulders and knees when they picked their attire. But I don't think there's anything wrong with admiring beautiful, modest (or near-modest) dresses--especially if they inspire my personal (LDS, garment-covering, modest) style.

So, for all you fashionistas like me out there, here are some absolutely gorgeous modest (or near-modest) dresses we spied at this year's Academy Awards, for your fashion inspiration:

From the cast of Pitaako Mun Kaikki Hoitaa?