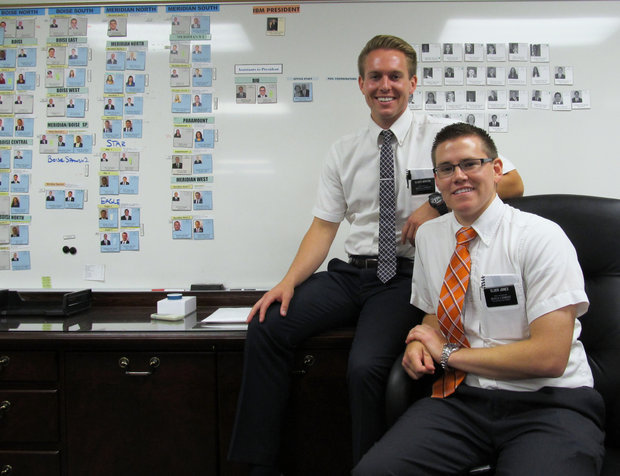 At 23 and 21 years old, Colby Denton and Davis Jones introduce themselves as Elder Denton and Elder Jones. That’s traditional for young men serving as missionaries for The Church of Jesus Christ of Latter-day Saints. Both are relentlessly cheerful. Both say they wouldn’t trade their two years in the Boise Mission for anything.

But that wasn’t how Jones saw his assignment at first. For young men who grow up Mormon, a mission is many things: a rite of passage, a sacred duty. But it’s also seen as the adventure of their life. That’s how it was for Jones growing up in a small town in central Utah.

“Growing up in the Mormon community, you always want that sweet experience where you’re going to a third-world country, you’re eating all sorts of nasty stuff, you have a machete in the jungle somewhere,” Jones says. “Ever since I was a kid, I wanted all that stuff.”

Read the rest of this story at idahostatesman.com