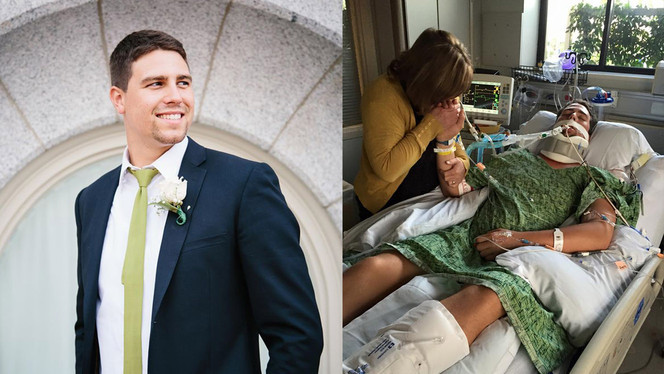 Mormon Bodysurfer Miraculously Found After Being Paralyzed & Lost in Ocean

After a Utah State University student broke his neck in a bodysurfing accident on a spring break trip, his family received an outpouring of support.

Matt Bowen, 24, was bodysurfing with his friends at Newport Beach Saturday when a wave drove him into the floor of the ocean, breaking the C5 vertebrae in his neck, according to his father, Gary Bowen. The accident left him paralyzed from the waist down, stuck in the ocean.

“(Matt) said he thought he was going to die. He was on his last breath and he was starting to breathe in water and he couldn’t turn himself over,” Gary Bowen said. “That’s right when his friends found him and pulled him out, so it’s kind of a miracle that they found him when they did.”