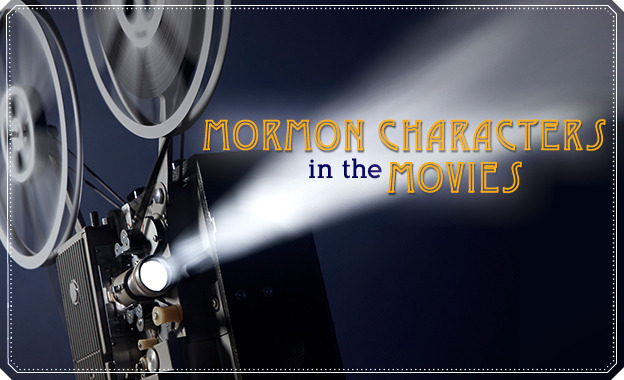 Mormon Characters in the Movies

When we heard that the main character in Rain Man was inspired by the life of a Mormon, we were surprised. When a pair of obviously Mormon missionaries accosted Jim Carrey's character, Carl, in Yes Man, we grinned. And when two of "Ocean's Eleven" were introduced as "the Mormon brothers" from Utah, we nearly fell out of our chairs.

Mormon characters, it seems, are becoming more and more common in the movies. And not just the Mormon-targeted movies like The Singles Ward and even Ephraim's Rescue. Characters who are presented as being Mormon are actually showing up in some surprising places in big-time movies. Check out this chronological compilation or Mormon or Mormon-inspired characters from blockbuster movies you may have seen before:

Note - If you want to watch some of these movies, you're better off catching a number of them edited on TV because of their content.

Butch Cassidy and the Sundance Kid, 1969, PG: Robert Leroy Parker, later known as the infamous Butch Cassidy, was born and raised LDS. Though he did fall away as a youth, his Mormon upbringing left him an honorable bandit that even lawmen respected. In this film he is portrayed by Paul Newman.

Somewhere in Time, 1980, PG: In this romantic movie, a man searches for the woman whose vintage portrait hangs in a grand hotel. The woman, Elisa McKenna (played by Jane Seymour in the film), is based off of the real-life career of LDS actress Maude Adams.

Rain Man, 1988, R: Rain Man features another easy-to-miss Mormon character connection: though there is no overt reference to the LDS church in the movie, the main character, Raymond Babbit, was inspired by Latter-day Saint Kim Peek.

The "Ocean’s" Trilogy, 2001, 2004, 2007, PG-13: Starting with the "Ocean's" movies, Mormon characters became less obscure and more accessible. In all three of the movies, two crewmen on Danny Ocean's criminal team are Latter-day Saints from Provo: the “Mormon brothers” Turk and Virgil Malloy, played by Scott Caan and Casey Affleck.

S.W.A.T., 2003, PG-13: When main character Jim Street is demoted to work in the S.W.A.T.'s gun cage, his co-worker there, Gus, is guiltily drinking a Dr. Pepper soda, and explains, "When I got married I converted to Mormonism. [...] We treat our bodies with respect."

Last Days, 2005, R: As introspective musician Blake spend the final days of his life in a haze, he is visited by a pair of Mormon missionary twins--both named Elder Friberg. While there are a few inaccuracies in the film concerning the elders (they're twins, and one wears a light blue shirt to help differentiate them, and neither carries scriptures), the discussion they hold is surprisingly accurate.

Yes Man, 2008, PG-13: A pair of Mormon missionaries, complete with name tags, shows up on the doorstep of Carl the "yes man," played by Jim Carrey, after he has committed to say yes to every opportunity he is presented with. (Although, if these elders were worth their salt, we think Carl should have been baptized by the end of the movie. ;-) )

Find out more about Mormons in Hollywood in the January/February issue of LDS Living, available now at Deseret Book.