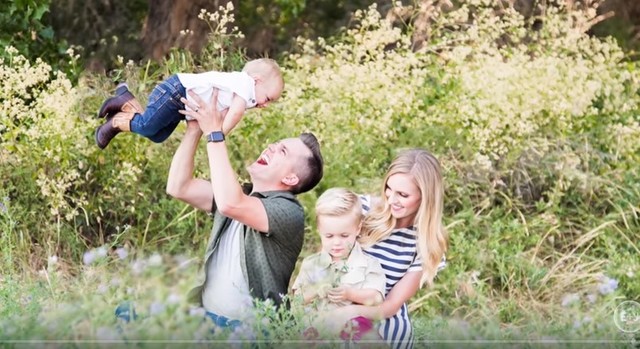 Ellie and Jared are a couple of regular Mormons. They're married with two kids, but what isn't so typical about them is they document their daily life and share it on YouTube.

The couple joined YouTube on 2011 and started sharing snippets from their everyday life.

One part of their life the couple is very open about is their challenges with infertility. Although the couple has two sons, they have had miscarriages and difficulties having children. They also openly discuss their feelings and how it's okay to be honest and feel sadness.

"Especially when it comes to raw emotions it's very important that we keep things and enjoy it and grieve and do that on our timing," Ellie says.

Today the couple announced that, though they were pregnant for a month, unfortunately, Ellie is going to miscarry the baby.

During an ultra sound, the doctor discovered a cyst on Ellie's ovary.

"The baby stopped growing and we are going to miscarry," Jared said. "But we had one, exactly one month of the most enjoyable month together."

Jared says trials don't define us, but how we overcome trials is what really matters.

He said they are both striving to keep their heads up and their chins forward.

But Ellie also acknowledged, "Just because you're positive doesn't mean you're always happy. We're just looking at a bright side and tomorrow's a new day. But I am going to allow myself to be sad and grieve. I do have two beautiful healthy boys and I did get pregnant on my own and that all alone, in and of itself, is a blessing. And I see that, but I'm still gonna grieve."

Lead image a screenshot from video