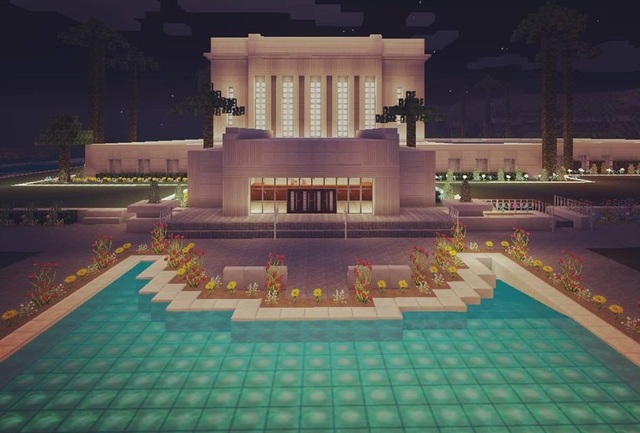 Justin Tate is taking "I love to see the temple" to a whole new level.

On his Facebook page, Latter-day Saint  Minecraft Creations, Tate posts pictures of intricate temples he has built with the help of technology.

In order to accomplish this feat, Tate uses Minecraft, a video game where users can build their own worlds. Usually used to create castles or other impressive structures, Tate uses the video game to create stunning replicas of temples from around the world.

So far, Tate has posted pictures of several temples he has created, complete with detailed temple grounds.

With the help of a popular video game, Tate helps others to see the beauty of temples in a whole new way.

Check out some of his amazing creations below: