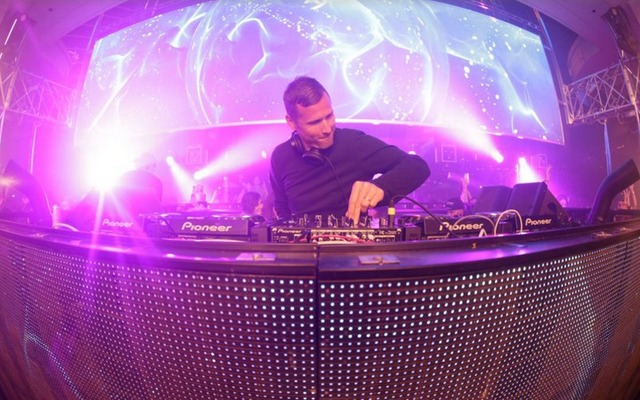 The Mormon DJ, Dad Who Is Taking Over the Music World

MR says: Who would have guessed one of the world's highest paid DJ's, a man who has been taking the party world by storm, is a straight-edged Mormon dad?

To learn more about Kaskade, including where he served his mission, check out "5 More Famous Returned Missionaries (& Where They Served)."

When you watch Kaskade manning the decks, he looks like a kid in a candy store, smiling from ear to ear; a single raise of the arm sends a shockwave rippling through the crowd, inciting blasts of air and confetti.

So you’d be shocked to learn that this fresh-faced, vibrant man, who Forbes ranked as the No. 8 highest-paid DJ in the world, raking in $17 million in ’14—and who doesn’t look a day over 30—is a 44-year-old married father of three daughters.

“I’ve been up for over 24 hours at this point because I woke up with my kids in a different time zone, and they were up at the crack of dawn,” he says with a chuckle.

If that weren’t enough . . . Kaskade is a straight edge Mormon who doesn’t partake in any of the so-called extracurriculars offered [at nightclubs].

“I don’t party at all!” he says. “I don’t drink, I don’t smoke. I’m a bit of a freak that way because I’m completely different from what you would think. Look, you can’t put all electronic musicians or DJs or whatever you want to call us in one pot. A lot of these guys live in the night and party, but with me, I’m married and have three children. I have a life outside of this.”

Lead image from The Daily Beast.

Warning: The original article includes a reference to drugs and some commonly-used nightclub terms. Read on at your own discretion.