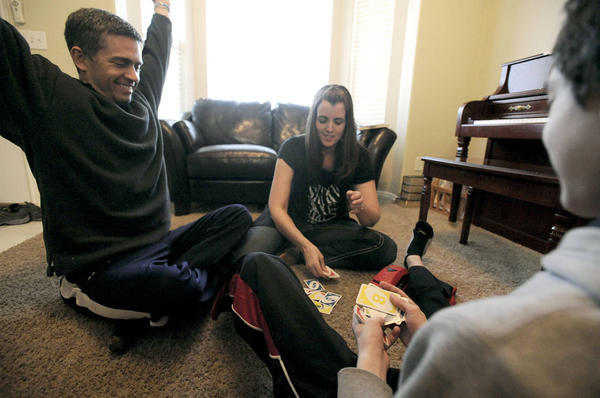 On the last day he would run and walk unencumbered, Jeff Griffin noticed that it was a beautiful summer morning, with only a few clouds in a blue sky. He noticed this as he stared at a barn that he had contracted to paint.

Griffin had started a painting business that summer so he could buy a motorcycle and pay for school. A native of North Logan, he was a student at Ricks College (now BYU-Idaho), where he was a backup receiver on the school’s unbeaten football team.

Griffin and his friend Doug assembled two layers of scaffolding that reached 20 feet high, then placed a ladder on top of that to reach the top of the barn. If that sounds like trouble, it was.