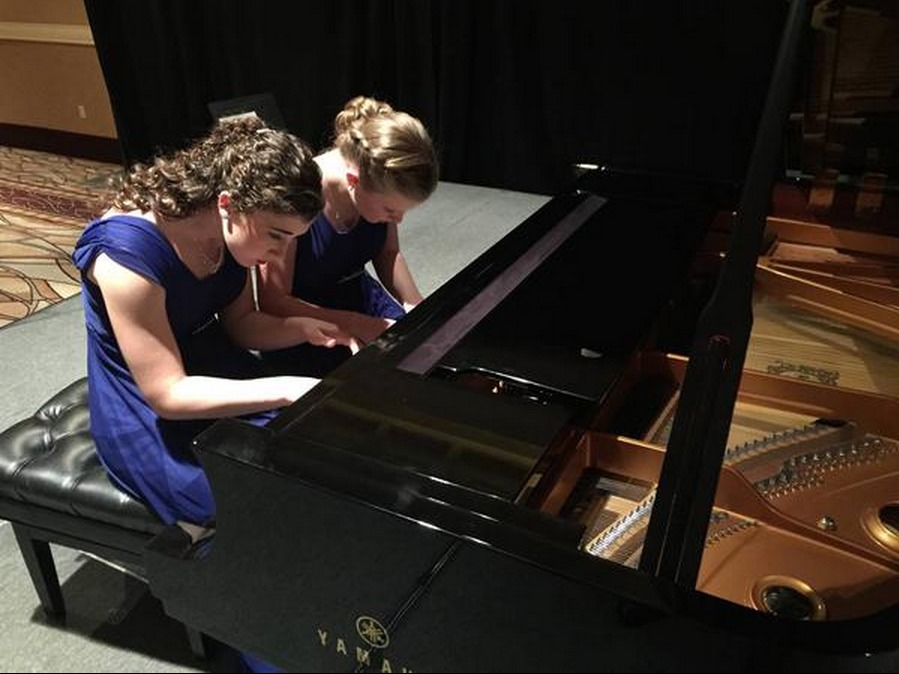 The motto, Soli Deo Gloria, was in the minds of Madeleine Arnold, 17, and Alinda Heder, 17, as they prepared to perform their 25-minute piano duet program for a panel of judges at the Music Teachers National Association’s senior piano duet competition on March 22 in Las Vegas, Nevada.

“Bach wrote it on the back of all of his manuscripts of music,” Alinda said. “It means ‘for the glory of God alone.’ ”

Whatever nerves they felt before the show were settled as the two friends prayed that their performance would glorify God. “It was kind of a scary experience,” Madeleine said. “We were a little bit nervous, but we knew that we’d worked really hard and paid that price … but when we go in, we turn it over to Heavenly Father.”