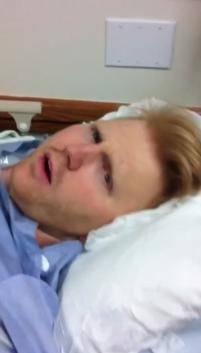 Ever since he came out of anesthesia a month ago, Jason Mortensen can't go to the mall without being asked to pose in pictures with those who have seen his viral video.

He and his wife, Candice, have appeared on "The Today Show," CNN, "Inside Edition" and "Showbiz Tonight," and have even had to turn down interviews with celebrities such as Ellen DeGeneres, Diane Sawyer and Queen Latifah.

The Mortensens had no idea their short video clip of Jason coming out of anesthesia would garner so much attention, but they appreciate the opportunities it has presented them.