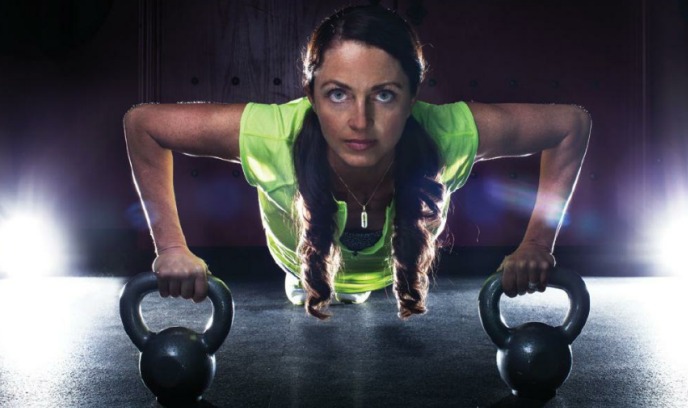 Despite having aired for six seasons, no contestant of the hit NBC show American Ninja Warrior has ever won the grand prize. This year, though, a Mormon mother of three hopes to change that.

On May 25th, April Gould of Gilbert, Arizona will appear on the seventh season premiere of American Ninja Warrior. The show is a sports entertainment competition in which participants take part in a series of physically demanding challenges.

“My family loves to watch [the show] on TV,” April said, “so I thought it would be fun to apply.” After praying about the decision, April received an “overwhelming confirmation” that she should try out for the show.

“This entire process was led entirely by inspiration from the very beginning,” said April. Applicants for the show are required to submit a video detailing their stories and skills—essentially, why the creators should pick them. “[In making the video], the very last thing that came to my mind was to [tell them that I am] a Mormon,” April said. “I know that Heavenly Father wanted me to have this experience to be a good example to anyone that might see me.”

April believes she felt the Lord’s hand in other ways during the process as well. “During my training, I twisted my right knee and left ankle,” she said. “The very night before I was to [compete], I was still limping and in pain. I was worried that I wouldn’t be able to do my best with an injury, so I asked my husband and dad to give me a blessing . . . immediately . . . the throbbing stopped. It was nothing short of a mini-miracle.”

April has learned valuable lessons from her time on American Ninja Warrior. “No matter what you want to do in life, or how crazy . . . it may seem, just pray about it,” she said. “I know Heavenly Father hears and answers our prayers . . . live your life in a way that you are able to receive inspiration.”

April was not allowed to discuss the results of the show—but you can tune in to NBC at 8/7c on May 25th to see for yourself!