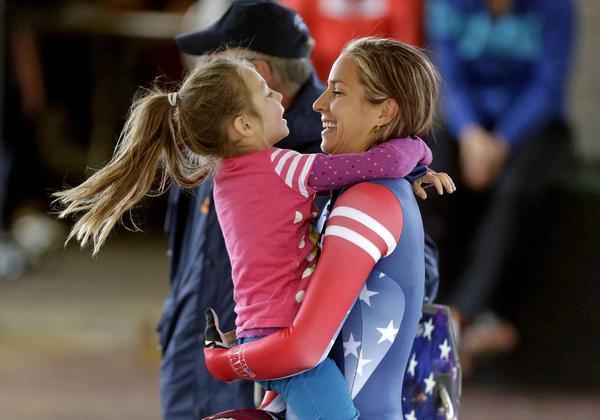 Pikus-Pace, 31, competes in a head-first sport — 80-plus mph, sliding down a sheet of ice — and as she was deciding whether to even take aim at another Olympics, she knew there was only one way to do it: She wanted her family traveling with her, a rarity on the globe-trotting World Cup circuit.