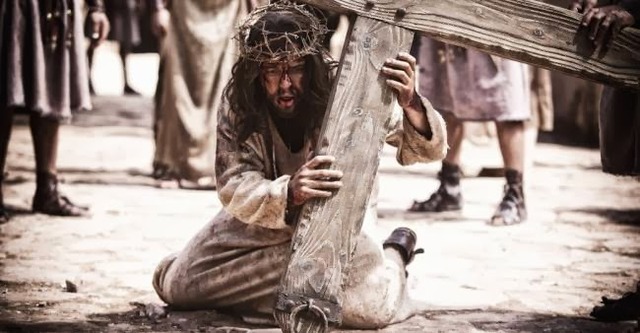 Adapted from The Bible, The History Channel’s hit miniseries from 2013 (buy it here), Son of God stands well on its own as a feature film. Even viewers who saw it on TV will want to catch it on the big screen: this new edit reveals different emphases than the miniseries and is an engrossing theatrical experience. In its brisk two-and-a-half-hour running time, it deftly spins its various story threads and succeeds where others have failed.

Jesus’ mission is front and center: the film displays the necessary reverence for the biblical account. However, it also takes pains to capture the Roman oppression of the Jews, the people’s hopes for a Messianic deliverer, Pilate’s aggressive desperation to “keep the peace,” and high priest Caiaphas’ fear that a peasant uprising around Jesus could lead to slaughter, as well as restrictions on practicing their religion.

Read the rest of this story at mormonmovieguy.com