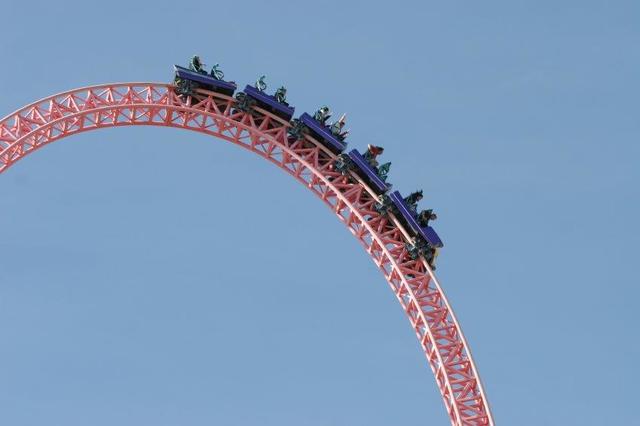 Stan Checketts is a 74-year-old grandfather who loves to throw his grandchildren into the air as they giggle with delight.

And thanks to his career, he gets to do the same thing for adults.

Checketts, a member of The Church of Jesus Christ of Latter-day Saints from Cache Valley, Utah, has been inventing thrill rides and attractions for 40 years, and his resume is impressive. According to a press release from Soaring Eagle Inc., Checketts has more of his rides in amusement parks than any other person in the entertainment industry. In 1997, he was named National Entrepreneur of the Year by USA Today.

His thrill rides have been featured in the Guinness Book of World Records, and he was highlighted in Rolling Stone Magazine on Aug. 22, 2002, according to the Logan Herald Journal. Among his well-known attractions are Knott’s Berry Farm’s Supreme Scream and the Big Shot on top of the Stratosphere in Las Vegas.

Checketts’ latest invention was revealed at Renegade Sports in Logan on May 20. The new structure is a three-in-one thrill ride, which includes three “thrills” — the Aerial Dive Ride, the Saddle Sling and the Daring Drop.