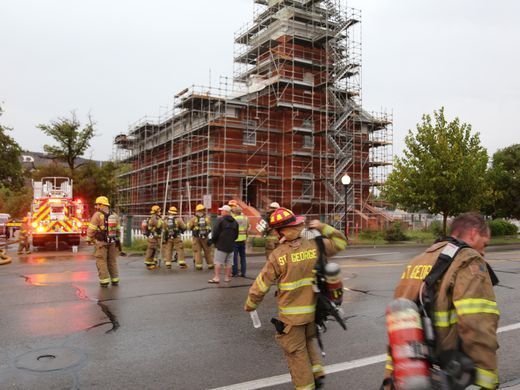 As thunderstorms passed over southern Utah, a lightning strike ignited a fire at the St. George Tabernacle on Thursday.

The tabernacle, once called the "jewel in the desert," was finished in December 1871 and is a legacy of the Mormon pioneers who sacrificed to settle southern Utah. Recent restorations of this historic building have left it covered in scaffolding.

Streams of smoke came from the tabernacle as firefighters tried to put out the flames. According to The Spectrum, there were no flames or visible smoke as of 10:30 a.m. but fire department crews are still working to make sure there is no further damage.

Lead image from The Spectrum

Mormon Life FireFire,Mormon Life
Comments and feedback can be sent to feedback@ldsliving.com