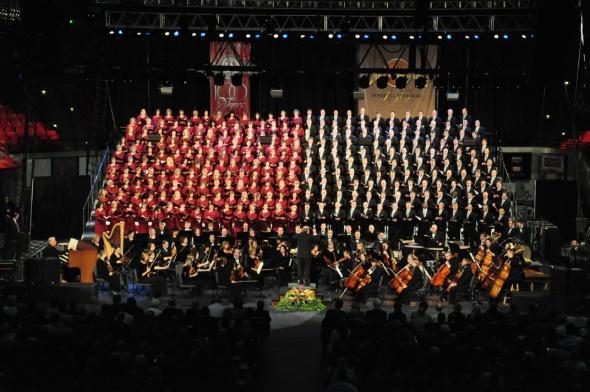 The Mormon Tabernacle Choir and the Orchestra at Temple Square performed in St. George, Utah, 5 February in honor of Dixie State College’s 100th anniversary and the city’s sesquicentennial anniversary.

The choir and orchestra performed traditional Americana music and concluded with their most recognized number, “Battle Hymn of the Republic.”

“I can see why the choir is world renowned,” said Dixie State College director of public relations, Steve Johnson. Having never experienced a performance of the choir in person until now, Johnson said he was impressed.

The concert was a sellout in the Burns Arena on the Dixie State College campus.