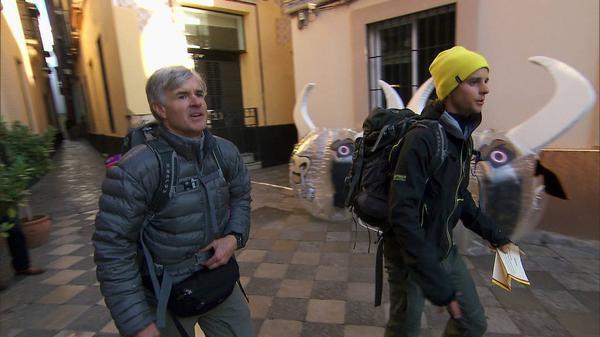 Salt Lake father-son Dave and Connor O’Leary are one of the final four teams in “The Amazing Race: All-Stars,” which took teams to Seville, Spain, and faced them with another U-Turn during Sunday’s episode.

The O’Learys, who are both cancer survivors, won the 10th leg of the race — their fourth win so far this season.

This season of “The Amazing Race” includes returning teams racing around the world for $1 million as they follow clues in yellow and red envelopes, navigate transportation and complete challenges called Road Blocks and Detours along the way to get the next clues.

Because they won the ninth leg of the race, Dave O’Leary, 59, a real estate investor, and his son, 22-year-old Connor O’Leary, a professional cyclist and a University of Utah student, were first to leave from Engelberg, Switzerland, and head to the Zurich airport to go to the Alameda square to find next the clue between statues of Hercules and Ceasar.