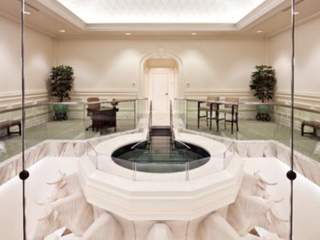 Mormon Temple in Gilbert: Inside Look at Temple's Special Meaning

Pictures cover the walls of the Peters’ Gilbert home. They chronicle the more than 20 years since Mike and Suzie married, had four children, and had their lives devastated by cancer.

As members of The Church of Jesus Christ of Latter-day Saints, or Mormons, their faith always played a key role in their family. It became even more important when then-16-year-old Matthew was diagnosed with cancer. Eight months later, he was gone.

“We were lucky to have Matthew for 17-and-a-half years, we’re thankful for that,” said Matthew’s father Mike Peters.

Read the rest of this story at abc15.com