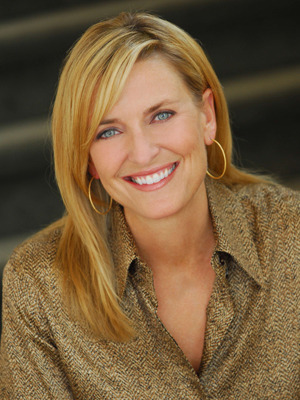 Sharlene Hawkes, president of Utah-based Remember My Service (RMS) Military Productions, has been appointed by the Secretary of Defense to the Defense Advisory Committee on Women in the Services (DACOWITS). The committee, established in 1951 by then-Secretary of Defense George C. Marshall, is composed of civilian women and men to provide advice and recommendations on matters and policies relating to the recruitment and retention, employment, integration, and overall welfare of highly qualified professional women in the Armed Forces.

“Sharlene is a natural fit for this position, because of her long-term love and support of Service members and Veterans,” explains Major General John A. Macdonald, U.S. Army (retired). “She’s been to Iraq and Afghanistan, and countless installations both domestic and abroad. She also has the real-world professional experience necessary to give thoughtful, seasoned proposals to the committee.”

Some of that experience began back in the 80s when Hawkes competed as Miss Utah in the Miss America pageant—and won.

But she doesn’t want to be remembered for her title, and was determined to make her way without resting on her laurels. After graduating from BYU, Hawkes interviewed with ESPN and didn’t tell them of her previous pageant win until after she was hired.

"I thought if I told them, they'd focus on that and maybe conclude that I was just a beauty queen," she recalled in an interview with the Deseret News.

In her time with the sports network, Hawkes covered stories from Michael Jordan to the Back Street Boys. After seven years of full-time work, she let go of the nine to five in order to raise her family of four beautiful children. But she didn’t stop working.

"I was never told growing up that it was one or the other," she told Deseret News of her career and family. "I've never given myself limits. My whole plan was to go full steam ahead on everything I like. If there are conflicts, I already know family is the priority."

Now that her children are grown, she’s back in the game as president and founder of RMS Military Productions which is the leading provider of interactive and print historical records in the military. It was that position, and her continued dedication, that led to her appointment on the DOD committee.

Historically, DACOWITS’ recommendations have been highly influential in effecting changes to laws and policies pertaining to military women. The committee is comprised of 20 members, representing diverse demographics, professional career fields and community service volunteers. Members are selected on the basis of their experience with the military or with women's workforce issues.

Hawkes will be sworn in at the next DACOWITS meeting on March 11, in Washington, D.C.

Learn more about Sharlene Hawkes' success and faith in her two books: Living in the World and Kissing a Frog: Four Steps to Finding Comfort Outside Your Comfort Zone:

Living in the World

In this book, Sharlene Wells Hawkes pulls together many of her personal experiences to illustrate that 'living in the world' really doesn't need to be a chore, it's simply a matter of choosing high standards early and being prepared to defend them. This book will be a great support to members of the Church as they strive to maintain their high standards amid criticism.

Kissing a Frog: Four Steps to Finding Comfort Outside Your Comfort Zone

Sharlene Hawkes says taking calculated risks is the only way to improve your life. As a long-shot contestant at the most widely publicized Miss America pageant in U.S. history; as one of the first women to fight her way into the traditionally male-dominated world of sports broadcasting; even in her decision to set aside a healthy salary to be home with her children, Sharlene Hawkes hasn't shied away from the possibility of failure. Along the way she has learned to bridle her fears—the same fears of personal inadequacy that plague everyone.