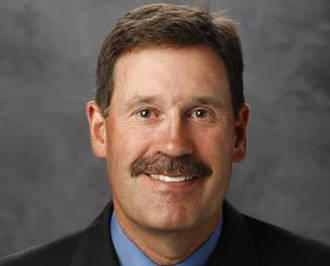 The rugged ex-hockey player has made a living out of being tough, grinding out 11 seasons as a player in the National Hockey League and surviving 13 years at the same job in the less-than-stable coaching profession.

He's even tough on the golf course, where he once played a round with three broken ribs.

But when Parkinson's disease delivered a blindside hit, Peterson was staggered.