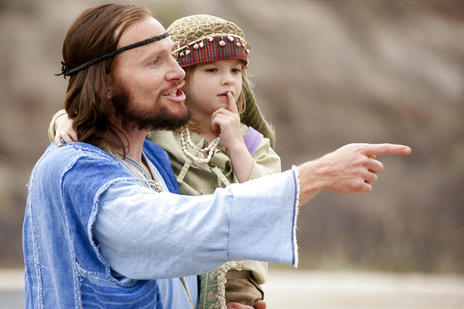 Mormon pageants aren't the only ones looking for a moment

As the late summer sun descends over walls of bentonite clay, the valley fills with people.

When the audience has settled into place on wood-backed benches arched in rows up the gentle slant of dirt, the music starts. A live, on-stage band, thick with Middle Eastern sounds and peppered with classical elements, accompanies the prerecorded voices of a female East Indian opera singer and the score's composer, a former rock band member from Alberta. The music serves as an emotional guide for the audience in the vast outdoor venue, where the intricacies of the actors' performances can at times be lost in the grandeur. Its sounds pierce through the valley and echo off the hills. A familiar looking man with a thick beard and kind face steps onto the stage, robed and ready to turn water into wine and seekers into believers.