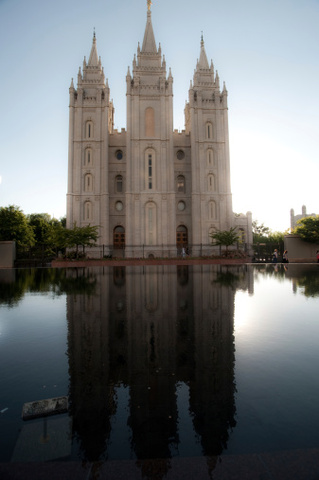 The Mormon Church’s press office is allowing itself a brief sigh of relief.

“Overall we’re relatively pleased,” Michael Otterson, the head of worldwide public affairs for the Church of Jesus Christ of Latter-day Saints said in his office on the eve of Election Day. “Plenty of exceptions, but we are relatively pleased that we got through this campaign without the church being dragged into the middle of politics.”

Ever since Mitt Romney started running for president nearly six years ago, the second floor office of the Joseph Smith Memorial Building has acted as the church’s frontline against media coverage that reflected badly upon, or wildly distorted, the church’s image.