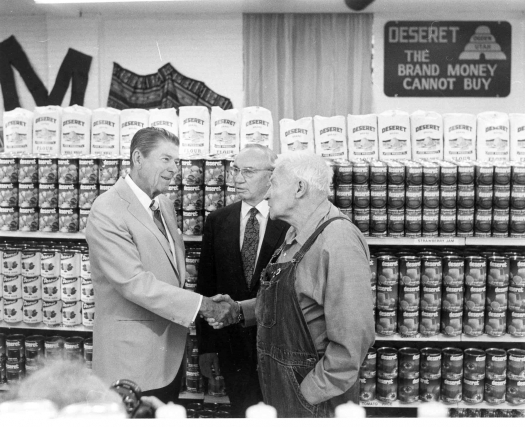 Mormon welfare: A system that works

When Reed Mellor was growing up, his father would pick up hitchhikers, bring them home for dinner, and invite them to stay overnight. The next morning, he would give them $20 before sending them on their way. “You know, you’re being taken advantage of,” Mellor recalls telling his dad, a schoolteacher who had to work summers on a farm to make ends meet. His father replied, “That’s okay. It won’t be the last time. I’d rather give to lots than miss the one who needs my help.” It was not just the hitchhikers who were the beneficiaries of his father’s generosity. The Mellors were (and are) devout members of the Church of Jesus Christ of Latter-day Saints; they gave dutifully to the church and all of its activities.

Today, it is Reed himself who takes this approach. Reed is a successful engineer with his own business outside of Salt Lake City. He and his wife, Lareen, who works as an accountant in the business, are by any measure quite generous with the success they’ve enjoyed. Their charitable giving starts with tithing. “Everything on earth is God’s,” he says. “We are just required to give him 10 percent back.” In this, the Mellors are representative of Mormons in general. Tithing is expected, and widely practiced.

Read the rest of this story at philanthropyroundtable.org