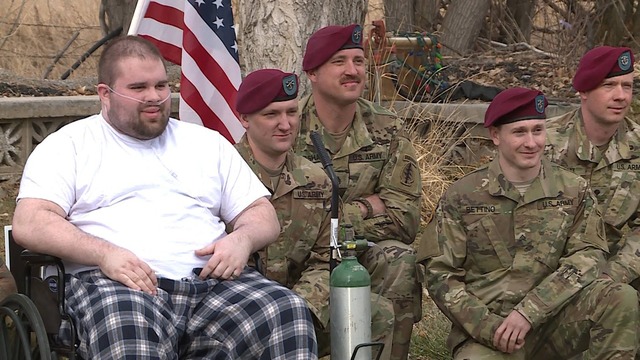 Mormon with Rare Disease Gets Surprise from Soldiers on Special Mission

After a rare disease derailed Talan Summers's plans to join the military and turned his life into a constant battle, the military decided to surprise Summers with a gift to lift his spirits.

Talan Summers always wanted to join the military, but because of a rare disease that causes him constant pain, he couldn’t join.

Friday, the military decided to surprise Summers, 26, by coming to him at his home in Tremonton. It takes quite a bit of planning to put together a military mission, but these soldiers had less than a day to prepare. The meeting location was outside the Tremonton Chevron gas station at 9 a.m.

“Every month, we get together to be able to do all sorts of different training exercises,” Army Staff Sgt. Landon Ochsenbein said. 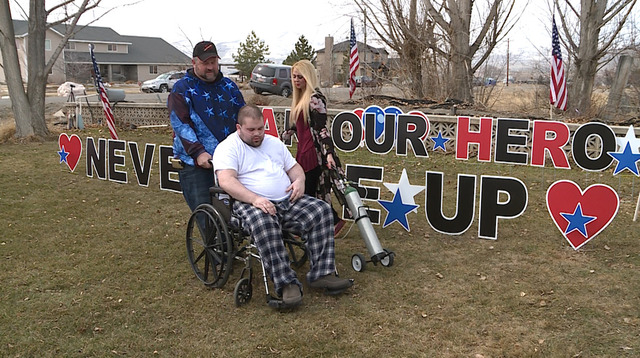 “These are the best missions in my opinion," he said. “There are the ones we’re able to go and really support the community and be able to help them."