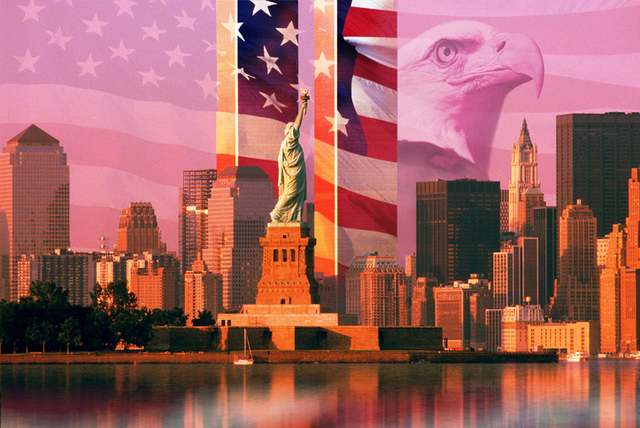 Mormons and 9/11: Survivors, Rescuers, and Victims' Families Share Their Stories

As we observe the anniversary of 9/11, we take a look back through the eyes of LDS Church members who lost loved ones, narrowly escaped death, and helped with relief efforts. We also honor the victims who lost their lives—including five Latter-day Saints.

In Boston, Mary Alice Wahlstrom and her daughter, Carolyn Bueg, boarded American Airlines Flight 11 at Logan International Airport. They were on their way to their respective homes in Utah and California, having dropped off Bueg’s 18-year-old twin daughters at the Rhode Island School of Design. But the unthinkable happened when five terrorists hijacked the Boeing 767 and intentionally crashed it into the North Tower of the World Trade Center at 8:46 a.m. Wahlstrom and Bueg perished instantly in a fiery explosion, along with 79 fellow passengers, 11 crew members, and hundreds who were on or near the 93rd floor.

Victor Guzman, an attorney who was working on the 85th floor, caught himself as the plane’s impact rocked the building forward. “There was a lot of smoke, and there was debris falling from the ceiling,” he recalls. “We didn’t know what was happening.”

Guzman and another attorney jumped into action, evacuating everyone from their floor and down the stairwells in a single-file line. “I remember saying a silent prayer,” Guzman recalls. “The first few levels were pretty dark. There was smoke and a strange smell, which I later realized was fuel.” Seventeen minutes after the North Tower was struck, United Airlines Flight 175 collided with the South Tower.

According to Guzman, it took nearly an hour to descend the stairs and evacuate the building. “When we reached the mezzanine, emergency workers told us not to look outside, which automatically made us want to look. It was a horrible sight—plane parts, body parts, flames, debris everywhere, papers on fire falling from the sky,” he recalls. “In between the Twin Towers there were a lot of broken pipes with cold water gushing out, but it was the only way to exit. Soaking wet, I turned around and saw the gaping hole where I was just working. Emergency workers were rushing into the building while others yelled at us to get away.”

Guzman and other evacuees began walking toward the Brooklyn Bridge. Minutes later, at 9:59 a.m., he heard the sickening sound of crunching glass and twisting steel. The South Tower was collapsing.

“I looked back and saw this thick plume of dust. We started running, but the plume got closer and closer—it felt like we were running in place,” he recalls. “Three or four blocks later, it overcame us.”

Already drenched from the leaking pipes, Guzman was now caked with a thick layer of dust. He made his way to nearby Pace University, where he was able to find refuge and wash his face and hands. “While I was sitting there, I heard the North Tower come down. I slumped in my chair—all the emotion just drained out of me as I realized that was the building I had just come out of.”

Shortly after 9 a.m., Brent Belnap, who was serving as president of the New York New York Stake, ascended the stairs from a subway station near Wall Street on his way to work. He looked up and noticed sheets of paper fluttering in the air like confetti. Then he saw thick, black smoke billowing from the Twin Towers.

Belnap says his natural inclination would have been to stay and watch with the crowd of people that was gathering out of curiosity. “But at that moment, I felt on my right shoulder the most unmistakable feeling of a hand pushing me to go,” he says. “It pushed me so hard that I was running by the time I got to the end of the street.”

He rushed to his office, where he learned of the terrorist attacks. Soon after, the South
Tower fell, and he watched from a 15th floor window as a giant dust cloud suddenly swept down the street. “It just rumbled and roiled. It was like a bomb or a mushroom cloud or a volcano. All the people in the crowd outside scattered like rats. Suddenly, it got pitch black outside.”

After calling his wife, Belnap immediately began calling and emailing the bishops in his stake and asking them to account for their members. He then called Elder W. Craig Zwick of the Seventy and president of the North America Northeast Area to update him on the situation. Belnap’s second counselor, Jim Green, opened the stake center (where the Manhattan Temple now stands) as a shelter for anyone who needed it.

“I was in the tiny little portion of Manhattan that had power, internet, and phone service,” Belnap recalls. “I had communication to the outside world. I stayed for about three hours.”

Then, at the urging of security personnel, Belnap covered his face with some wet paper towels and began walking north, the air still thick with dust from the collapse of both towers.

Eventually all stake members were accounted for. “There were many tender mercies, many lives spared that day,” Belnap says. “There were several members who should have been at the World Trade Center that day but weren’t.”

At 9:37 a.m., shortly after both of the Twin Towers were struck, another hijacked plane, American Airlines Flight 77, tore through the western side of the Pentagon in Washington, D.C., killing 59 passengers and 125 military and civilian personnel inside the building, including Church members Rhonda Rasmussen and Brady Howell. They were both members of the Mount Vernon Virginia Stake.

Floyd Rasmussen, Rhonda’s husband, also worked at the Pentagon, just one floor above and one corridor over from her. After feeling the impact, he was able to evacuate immediately. “I tried to locate Rhonda,” he recalled. “I walked around calling her name, but I couldn’t find her.”

As the hours passed, Floyd tried to call the hospitals, but the lines were tied up.

“I started watching the news, and they showed where the building had been hit. I knew the plane had struck just opposite of Rhonda’s office space.”

Her remains were lost in the ensuing fire.

“I started thinking about my testimony,” he recalls. “I remembered that I was sealed to Rhonda for time and eternity—she just made it into eternity ahead of me.”

In Utah, Brady Howell’s sister, Camille Mortensen, first learned of the attacks while watching the news and making breakfast for her children. “We knelt with the kids to pray for Brady,” she recalls. “The part of the building was miniscule, so I wasn’t too nervous.”

But the day wore on without any word from him, and as night came, Mortensen realized she wouldn’t be hearing from him again.

Howell’s parents were whisked to Washington, D.C., by private jet, and Mortensen followed so she could be with them as they waited for word. The family would wait days before Howell’s body was identified.

“There was a base set up in a hotel where families were waiting for news,” she recalls. “They kept emphasizing the fact that it was a recovery effort—no one had been pulled out alive. People were wailing and dropping to the floor. It was horrible. My greatest treasure was the knowledge of the Plan of Salvation. I know I’ll see him again.”

Scott Baxter, who had previously worked as a volunteer firefighter and was experienced in search and rescue efforts, immediately contacted the Federal Emergency Management Agency (FEMA) to offer his assistance. He was deployed to the site of the World Trade Center, or Ground Zero, where he began working the night of Wednesday, September 12.

“I was right in the heart of the matter as part of the bucket brigade—a line of workers sifting through debris by hand and loading it into buckets, which were passed up the line and dumped elsewhere,” Baxter explains. “It was obviously a very traumatic event. There was an enormous amount of death and destruction.”

Shaun Parry also searched the rubble at Ground Zero. He gets emotional as he tries to describe the devastation. But at the same time, he says, “I’ve never felt that kind of camaraderie. There was an amazing energy of love and brotherhood. On the rare occasion when someone yelled, ‘We found one!’ everyone cheered. During the time I was there, we found nine people.”

While Parry had no training in search and rescue, the Broadway performer utilized his dance talents in a way he could never have imagined.

“In one area, there was a bunch of rebar sticking out of the concrete in such a way that you couldn’t really get through it. But because I was much more limber than the firefighters, I was able to slip through, where I found this huge cavern underneath the surface.”

Earning the nickname “Spider-Man,” Parry searched the caverns deep below the surface with a fiber optic scope. At one point, as he was calling out for anyone who might be trapped, he heard three distinct taps. But as Parry searched for the person or people who made the sound, everyone was forced to evacuate because a nearby building had started to collapse. An hour and a half later, when rescue workers were allowed to return to the scene, he rushed back to the area he had been searching.

“We never found them,” he says, his voice breaking. “We knew there were people down there, but we weren’t able to get to them in time. That’s the hardest part for me.”