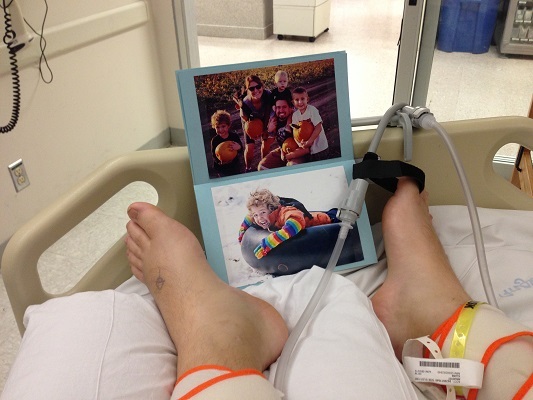 Muslims and Mormons Pray for a Common Cause

It is not often that people on opposite sides of the world unite in prayer for one little family, but this is exactly what is happening in Arizona and Kuwait.

On the morning of September 2nd, over Labor Day weekend, six friends set out on a challenge. Clark and Margaret Proffitt, Graham and Cherise Glauser, and A.J. Miller, all from Marana, and A.J.’s brother Chris Miller from Stansbury Park, Utah, planned to hike Behunin Canyon at Zion National Park, rappelling the nine stations along the grueling trail. They posed for a picture at the top of the canyon, smiling and excited about their adventure. Eight hours later, they found themselves wondering if they would all make it out of the canyon alive.

The trek started at about 7:30 a.m. Eight hours into their hike, they had reached the fifth rappel and were preparing to descend. That’s when things took a tragic turn. Clark Proffitt, a Tucson attorney, “ventured across the way to check out a rock formation,” as his wife Margaret describes it. She and the other members of the group watched in helpless horror as Clark lost his footing and started sliding. He fought to grab something solid but couldn’t. Reports would later show that he plummeted almost 80 feet down the narrow slot canyon, crashing into a small ledge at the bottom and landing on his back.

Read the rest of this story at azmormonnews.com