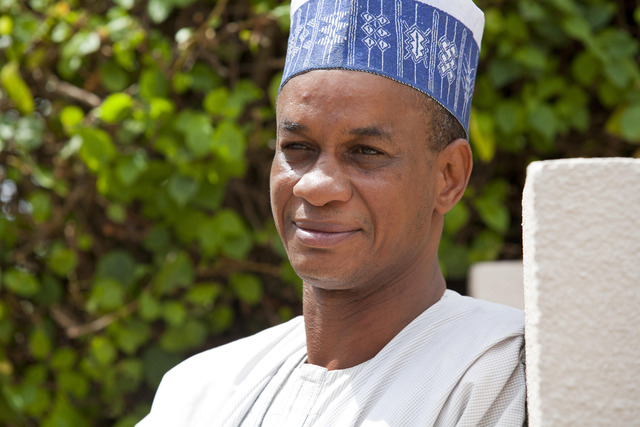 Author’s Note: I recognize that my life experience with Islam has been one of extremes in terms of intolerance and violence. But there are millions of good and sincere Muslims in many countries who love God and family while practicing Islam in a tolerant and positive manner. I consider them my brothers and sisters.

The guards unlocked a sliding cell door that led to a common area packed with fanatic Islamic terrorists of one sort or another. They were all looking at me.

“This is the Al-Azhar student who converted to Christianity,” one of the guards announced, shoving me through the door. “This is the infidel.”

The guards barely had time to exit and lock things down before a throng of inmates converged on me. The hatred in their eyes terrified me. I dropped to my knees and wrapped my arms
around my newly shaved head as they pummeled me with fists and feet.

I am the last person you might expect to become a Christian. I began memorizing the Qur’an at age five. When I was a teenager, my father sent me to a radical Islamic school in Syria. Later I studied with members of the Muslim Brotherhood in Cairo, Egypt, while pursuing a degree in Islamic studies at Al-Azhar University.

But over the years, I began to have doubts about my religion. Islam, at least the way it was taught to me, felt more like devotion to rules than devotion to God. While studying at Al-Azhar, I started to question the legitimacy of Muhammad’s being a prophet. And if he wasn’t a prophet, then the whole idea of Islam was a fraud.

If my true feelings ever got out, I’d be seen as blasphemous. My personal safety would be at risk. So rather than talk to anybody, I put my private thoughts down on paper. But my days at the university ended abruptly when my personal notes accidentally ended up in the hands of my professor. I was expelled, and my father disowned me.

What Religion Is This?

After being expelled, I continued living and working in Cairo as a DJ. With my faith in Islam shaken, I became much more Westernized and wild—I started drinking, smoking, and womanizing. One evening in 1988 I went to visit an acquaintance named Gaston, a frequent patron at the nightclub where I worked.

As soon as I arrived at his place, I removed a pack of cigarettes from my pocket and offered him one.

“Why not?” I asked. When Gaston didn’t reply, I persisted. “Is it for religious reasons or for health reasons?”

I laughed. At the club, Gaston had been practically a chain smoker. A few minutes later, he asked me if I wanted something to drink—but then I discovered he didn’t have any alcohol, either. He explained that not all Christians abstain from liquor and cigarettes. But The Church of Jesus Christ of Latter-day Saints teaches that these things should be avoided because they are addictive.

I had been raised to believe that all Christian churches were evil. Yet in my eyes, Gaston was anything but evil. I was curious to learn more about his new church.

That Friday morning I accompanied Gaston to church. At 9:30 sharp, the congregation assembled and started singing a Christian hymn. The tune was unfamiliar. So were the words. Yet as I listened to the references to Christ and love, I felt as if wind were rushing through me.

One after another, men and women of various races and nationalities expressed their faith in the divinity of Jesus Christ, along with their belief in the Bible and the Book of Mormon as
holy scripture. I couldn’t escape the feeling I had inside.

There’s something here, I kept telling myself.

At my request, I was given a Bible and a Book of Mormon. I ended up spending the entire weekend working my way through the Old Testament. I didn’t leave my apartment once. By the start of the new week, I had finished the one thousand-plus–page book and turned my attention to the New Testament.

The parable of the prodigal son hit me hard, and my eyes welled up. I had become that prodigal son. I was a drunk and a womanizer. I had strayed from everything my father had taught me and embraced many of the vices he abhorred.

Guilty and miserable, I buried my face in my hands and sobbed.

For the next few weeks, I attended services at the Mormon congregation. I spent every spare minute reading. When I finished the New Testament, I turned to the Book of Mormon. The part that intrigued me the most was the account of Jesus Christ spreading his gospel to a region of the world far removed from the Middle East. The latter part of the Book of Mormon describes Christ descending out of heaven and saying:

“Behold, I am Jesus Christ, whom the prophets testified shall come into the world.

"And behold, I am the light and the life of the world; and I have drunk out of that bitter cup which the Father hath given me, and have glorified the Father in taking upon me the sins of the world, in the which I have suffered the will of the Father in all things from the beginning.”

The people had fallen to the ground in amazement. Christ admonished them to stand up:

“Arise and come forth unto me, that ye may thrust your hands into my side, and also that ye may feel the prints of the nails in my hands and in my feet, that ye may know that I am the God of Israel, and the God of the whole earth, and have been slain for the sins of the world.”

Those words—“the God of the whole earth”—really impacted me. Tears filled my eyes as I visualized people touching the nail marks in Christ’s palms. I wanted to touch those nail marks myself. For the first time in my life, I wanted to be in Christ’s presence. I never thought I’d say something like that. But the words of the Bible and the Book of Mormon had stirred my soul.

But leaving Islam and becoming a Mormon would make me a marked man. I had no choice, though, I told myself. I had compiled quite a collection of sins. More than anything, I wanted a
clean conscience. I told the Mormon leaders in Cairo that I wanted to be baptized.

To my surprise, they told me no. The Church simply did not have the legal authority to baptize Muslims in Egypt, and Mormon policy prohibited it. I could attend church and act like a Mormon. I just couldn’t be one.

Baptism or no baptism, I figured no one could stop me from accepting Christ as my Savior and living my life as a Christian. So I decided to make some big changes. I stopped smoking and drinking. I quit my job as a DJ and found a full-time job as a translator. Next, I decided I didn’t want to be called Muhammad anymore. I wanted a Christian name instead. I chose Tito, the Italian version of Titus, which was the name of a missionary companion to the Apostle Paul. The more I learned about Titus, the more I felt a connection to him. Christians initially rejected Titus for not being circumcised.

Titus was an outsider. I was too. The people made me feel welcome, but I couldn’t be baptized. And without baptism, I didn’t feel completely accepted.

For months I kept asking to be baptized, but I was told the same thing every time: Wait.

Eventually, I was told that a way had been found for me to be baptized, and arrangements were made for me to travel to a location where the baptism could be performed. After
so much longing, I finally had my wish!

Soon after my baptism, the police started harassing me. My fiancée, Aaban, had also reported my Book of Mormon and Bible, and that had ended our relationship. I lived underground for the next year. I didn’t go anywhere or do anything other than part-time work as an English tutor and an interpreter while still attending church once a week. I felt I was under surveillance, and I was afraid to do anything that would get me in trouble.

I started researching immigration law in Egypt. I knew my name was likely on a watch-list, and I was looking for a way out of the country without detection. It occurred to me that a legal name change might just do the trick.

On April 7, 1991, the paperwork to officially change my legal name from Muhammad to Tito was completed at the Ministry of the Interior. But I still had to visit Al-Azhar, because I had come into the country under a student visa that was associated with the university. I started sensing a problem when the clerk who took my paperwork disappeared. Nearly two hours later, I was still waiting. Finally, a couple of state security officers showed up, and the next thing I
knew, I was being hauled off campus.