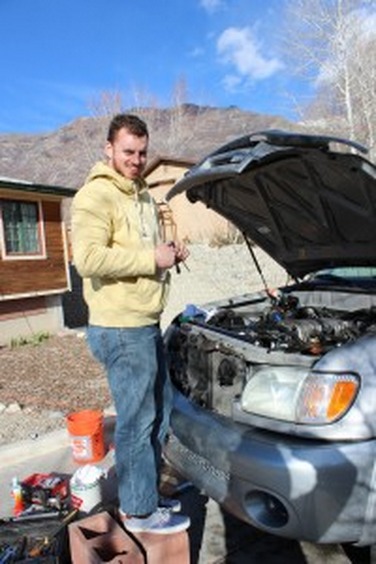 My Path from Suicide to Salvation

Stan Andreason saw a man’s body lying in the snow while hiking Mount Timpanogos with his dog. Andreason came close and saw the blood on the man’s face and shirt. He asked the man if he was attempting suicide. The man said “yes.”

The man was Spencer Donaldson, a student from Utah Valley University whose depression and addictions led him to attempt suicide. Now three years sober, Donaldson is an RM and is engaged to be married this August.

Dave Donaldson, Spencer’s father, described his son’s difficulties in high school as something unbearable for him to watch.

“Around 14 or 15, Spencer had started to party and was making some friends who were making pretty bad choices,” Dave Donaldson said. “I remember one night while talking to him, I put my fingers on the table and told him that if your feet are planted in two different worlds, the world will tear you apart … and that is exactly what happened.”