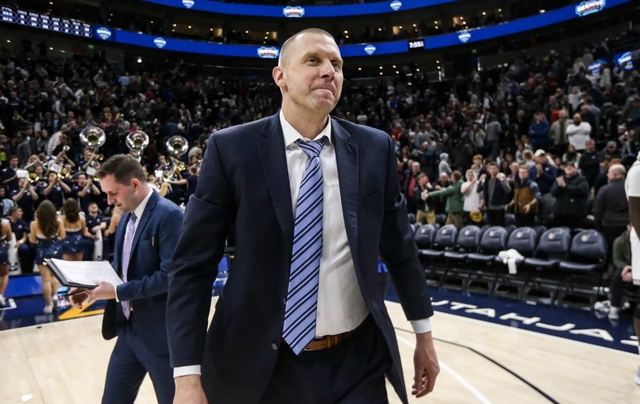 The BYU Cougars last reached the Sweet 16 in 2011, but if they are able to continue dancing past the first weekend of NCAA tournament play, the schedule as it stands currently would present a problem for the Cougars: they are scheduled to play on Sunday.

According to ESPN, if BYU wins their first two games in the tournament, they are slated to play on Sunday, March 28. However, the NCAA assured BYU that it has a contingency plan in place should the Cougars advance past the second round. The rearrangement of the schedule would mean that all East teams, which are currently scheduled to play on Sundays and Tuesdays, would swap with the Midwest teams, which are scheduled to play on Saturdays and Mondays. The move would mean less days of rest for East teams and an additional day of rest for Midwest teams, which could create interesting fan bases for or against the Cougars in the tournament bubble in Indianapolis.

The so-called “BYU Rule,” which allowed for accommodations to avoid Sunday play for religious purposes, has made headlines for years as it has been the subject of controversy. One of these moments came in 1977 when leaders of the Western Athletic Conference announced the Fiesta Bowl would be played on Christmas Sunday. In his new biography on the life of President Dallin H. Oaks, Richard Turley explains:

With the Cougars likely contenders for the conference championship, the choice forced BYU and its athletes to either violate their standards by playing on the Sabbath or not participate in the championship game.

BYU promptly announced it would not play, and President Oaks criticized conference officials for their money-driven decision [to hold the game on Sunday]. “Because of our beliefs about the sacredness of the Sabbath, our athletic teams have never competed on Sunday, and never will,”  the president resolved. He expressed regret “that the NCAA is increasingly scheduling its competition for championships on Sunday and that it is apparently willing to certify bowl games on Sunday,”  thereby disqualifying “some teams from competition because they adhere to a religious principle.”

Another pain point related to the issue happened in 1998 when the NCAA Division I Board of Directors did away with a rule that had accommodated the school’s religious observance of Sunday as the Sabbath. BYU and Campbell University, a private Baptist University in North Carolina, which both prohibit Sunday play, were able to rally the support of over 90 other schools to get the board to reinforce the rule.

“The NCAA has recognized that colleges and universities should not have to sacrifice athletic opportunities in order to maintain their religious tenets,” then-BYU president Merrill J. Bateman said at the time.

And yet, again in 2003 the NCAA tournament selection committee seeded BYU in a spot on the bracket that could potentially lead to Sunday-play for the Cougars. The committee apologized and promised they would not make the mistake again, but BYU lost in the first round of the tournament, making it a non-issue.