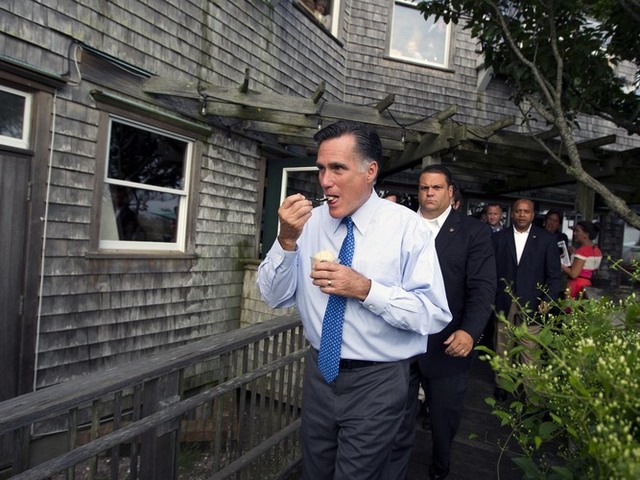 NPR: What does Mormon food culture say about Mitt Romney?

So far, we don't know much about Romney's tastes in food, aside from the occasional ice cream scooped from Bailey's Bubble in Wolfeboro, N.H., and his affection for feeding Jimmy John's subs to the press on the bus. However, parsing the eating habits of presidential candidates (to say nothing of sitting presidents) is now firmly embedded in America's cultural milieu. Just think: Ronald Reagan and jelly beans. Bill Clinton and fast food. President Obama and, well, most things chili-related, plus a bit of home-brewed beer.

We don't know if Romney adheres to it, but there is such a thing as a Mormon food culture. In fact, Mormon culinary traditions, or foodways, closely resemble the tenets of the "good food movement" currently shaping many Americans' renewed interest in food — i.e., cooking from scratch, emphasizing whole grains, and locally sourced fruits and vegetables.