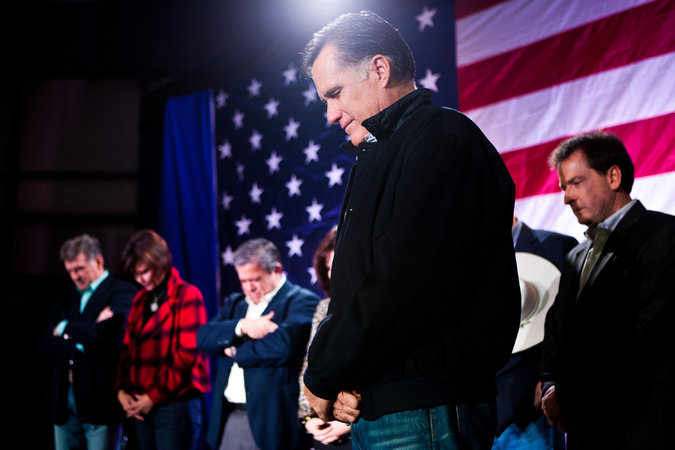 [As] Mr. Romney mulls a new run for the White House, friends and allies said, his abiding Mormon faith is inextricably tied to his sense of service and patriotism, and a facet of his life that he is determined to embrace more openly in a possible third campaign.

Kirk Jowers, a Mormon family friend who lives in Utah and chaired Mr. Romney’s leadership PAC, said that Mr. Romney’s contemplation of a third bid is motivated by an “almost devout belief that he needs to do something for this country.”

But this time, Mr. Jowers said, Mr. Romney would treat his religion differently. “In 2008, Romney risked being a caricature of the Mormon candidate,” he said. “Now everyone seems to know everything about him, and that will be very liberating for him to talk about his faith.”