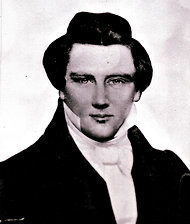 NY Times: Why I love Mormonism

I’ve spent what is rapidly becoming nine years in New York City. It’s been a total blast. But as a transplanted Englishman one thing to which I’ve become rather sensitive in that time is which prejudices New Yorkers are permitted to express in public. Among my horribly overeducated and hugely liberal friends, expressions of racism are completely out of the question, Islamophobia is greeted with a slow shaking of the head and anti-Semitism is a memory associated with distant places that one sometimes visits — like France.

But anti-Mormonism is another matter. It’s really fine to say totally uninformed things about Mormonism in public, at dinner parties or wherever. “It’s a cult,” says one. “With 13 million followers and counting?” I reply. “Polygamy is disgusting,” says another. “It was made illegal in Utah and banned by the church in 1890, wasn’t it?” I counter. And so on. This is a casual prejudice that is not like the visceral hatred that plagued the early decades of Mormonism — lest it be forgotten, Joseph Smith was shot to death on June 27, 1844, by an angry mob who broke into a jail where he was detained — but a symptom of a thoughtless incuriousness.