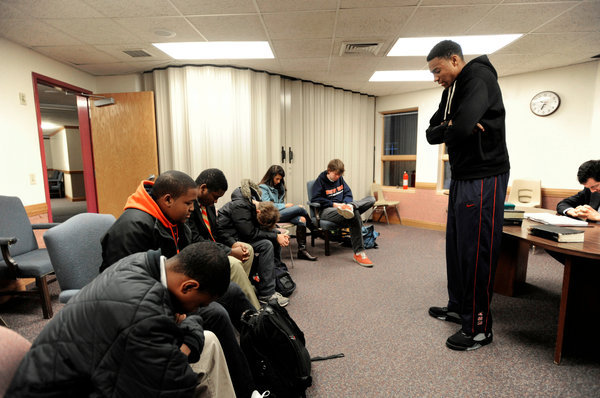 A bevy of college scouts and curious fans flocked to the University of Illinois at Chicago Pavilion on Saturday for Jabari Parker’s first game of the season.

The Simeon star is considered by many to be the nation’s top high school basketball player, and leading the country’s No. 1-ranked team, the 6-foot-8 junior had his full arsenal on display. Having already flashed his crisp post moves and slick ball handling, he spotted up on the wing in the second quarter, a defender in his face.  He head-faked once, and again, then elevated to nail a jumper that left the crowd — and his defender — in awe as Simeon rolled to a 69-51 win over Hillcrest.

There also is a side to Jabari that does not attract the spotlight: The Mormon, who attends religious classes in the predawn hours three days a week.