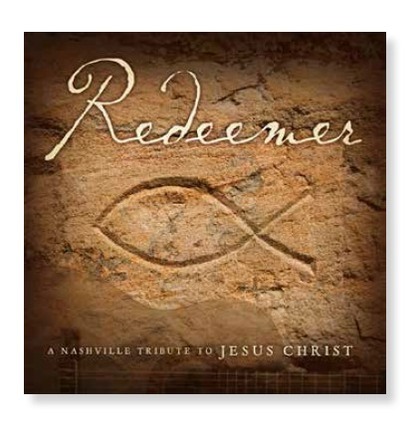 The album, which is a tribute to the Savior, focuses on the life of Christ throughout it’s 14 tracks.  Each song was written from the varying perspectives of those that walked and talked alongside Christ throughout his mortal ministry. Some of these perspectives include those of John the Baptist, the Apostle Peter, a blind man on the road, a women who washed Jesus’ feet with her tears, as well as other individuals Christ encountered in his life.

The Nashville Tribute Band is the brainchild of Nashville songwriter/producer Jason Deere and Dan Truman, keyboard player for the country supergroup Diamond Rio. To create this unique album, they collaborated with several well-known performers such as Diamond Rio, David Archuleta, Alex Boye, SheDaisy, Katherine Nelson, John Cowan, Due West, and many more.

Bart Olson, Director of A&R at Shadow Mountain Records,  expressed what a pleasure it’s been working with Jason, Dan and the rest of the Nashville Tribute Band on this project.

“Jason, Dan and the band are well respected in the industry,” he said. “The success of this album is a result of their great work on the most important subject matter  of all, the one that ties all believers together – Jesus Christ.” "

The Nashville Tribute Band is a talented group of musicians from Nashville led by hit songwriter Jason Deere. The group consists of a revolving cast of LDS songwriters and recording artists and members of other popular Nashville bands such as Due West and Diamond Rio. Their first album, Joseph: A Nashville Tribute to the Prophet, was a huge success, causing the band follow up with tribute albums about the pioneers and missionary work as well.

Since its inception, the Nashville Tribute Band has performed more than 1,000 shows in the United States, Canada, Australia, and China, and they have plans to travel to Brazil next year.

Redeemer is available for purchase at Deseret Book, Amazon, and Itunes.

For more information about the Nashville Tribute Band and other famous LDS country musicians, check out "Mormons Who Rock the Country Music Scene."