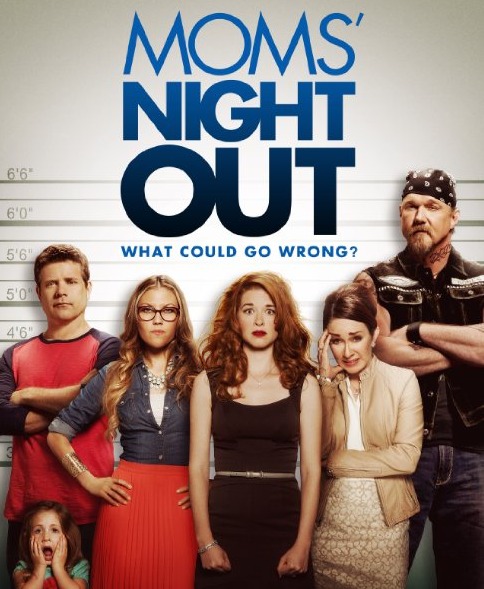 It’s so refreshing to know that there’s a national film label dedicated to producing clean, family-friendly films in today’s culture. In Moms’ Night Out, an overworked mother of three, Allyson (played by Sarah Drew), plans a moms’ night out with her two girlfriends. Allyson leaves her kids in the questionably capable hands of their father (played by Sean Astin). By the end of one very chaotic night where nothing seems to go as planned, the moms and dads all equally realize that they are part of something much larger than a ruined girls' night: family.

“Grab your friends and go see Moms' Night Out, a family comedy you are going to love,” says Dave Ramsey.

The night takes a series of unexpected twists and turns, where these loveable ladies learn that being a mom is a full-time job. Coupled with endearing lessons, this comedy showcases some of the most relatable characters in a movie for the whole family.

Affirm Films is a label of Sony Pictures and is dedicated to producing and acquiring films aimed towards a Christian audience.  Affirm Films has produced celebrated family films like Fireproof and Soul Surfer. Learn more about this film at momsnightoutmovie.com.