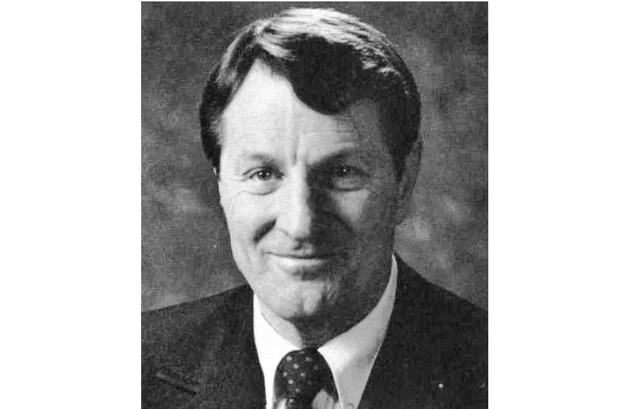 Neal A. Maxwell: The Surprising Connection that Came from Sacrament in a Foxhole

In Okinawa, Elder Neal A. Maxwell would often bless the sacrament while in foxholes. But he didn't realize that this act would bless not only members, but nonmembers as well. In fact, one in particular always remembered this touching experience, reaching out years later. Read the account in his own words.

The following was originally found on JohnBytheway.com and is an excerpt from Elder Neal A. Maxwell’s book, One More Strain of Praise:

Having been trained and ordained at home, I blessed my sacrament several times in foxholes on Okinawa in May of 1945. As a reflex action I abstained from the coffee brought up to those of us “on the line.” The army, in its typical inefficiency, sometimes did not bring up any water at all. However, my complying with the Word of Wisdom was no big deal. Yet thirty years later I learned that one foxhole buddy apparently had been watching this small act of compliance. As noted earlier, for us to be unaware does not mean we are unobserved.

The foxhole buddy, Chris Seil of California, did some observing. Over three decades later, the shared experience on Okinawa, though Chris was not a Church member, caused his member-wife, Barbara, to write a touching letter from California inquiring with these lines:

I am a member of the Church, but my husband is a non member, however, he has supported our two sons on their missions. . . .

In May or June of 1945 my husband was serving in the Army in the 77th Infantry Div. . . . During this two-week period my husband (Chris) shared fox holes with a Mormon boy who really lived his religion. The boy gave Chris all of his beer, coffee and cigarette rations in exchange for my husband’s water. . . . The boy did not preach Mormonism to Chris, but he lived his religion as he should. My husband was not only grateful, but was really impressed with this boy, and loved and admired him, . . .

After this period . . . Each boy went his own way, and Chris doesn’t ever remember seeing him again. . . .

I have heard the story of the Mormon boy many times during the years but no name was ever mentioned, . . .

The other night a strange thing happened. My husband and I were talking about the change in the U.S. Presidency. I mentioned that I hoped the new administration would not get us into another war as our boys would certainly be in it. My husband said, “That’s right, the Mormons don’t believe in being conscientious objectors do they?” Then he again told me the story of the Mormon boy and how hard he had fought even though he was very religious, and as Chris talked about it, he mentioned the boy’s last name, and he was so startled that he said, “Quick, write that name down before I forget it.” . . . [then] he had a very strong urge to get in touch with this man and express his appreciation to him personally.

The fellow’s last name was Maxwell, and the only Maxwell I know in the Church is you, and I figured you would be a good person to start with.

We realize you are very busy, but perhaps you could give us some information: Are you that person?

A voice from the past which was to affect the future! In further intertwinings I was blessed later to perform sealings for Chris and Barbara’s sons. Barbara has been serving for several years as a worker in the Los Angeles Temple. 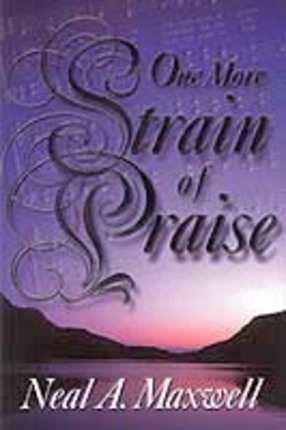 Elder Neal A. Maxwell eloquently shares with readers his own thoughts on suffering, mercy, justice, gratitude and the gospel in One More Strain of Praise, a book that shares both the personal and doctrinal knowledge of this beloved Apostle. With empathy and humility for all those who suffer, Elder Maxwell writes of his own battle with cancer and the role of irony in life. He expresses gratitude for his 'delay en route' and the opportunity it has given him to 'praise God' and keep 'reasonably busy trying to use the allotted mortal time for the purposes of eternity!'