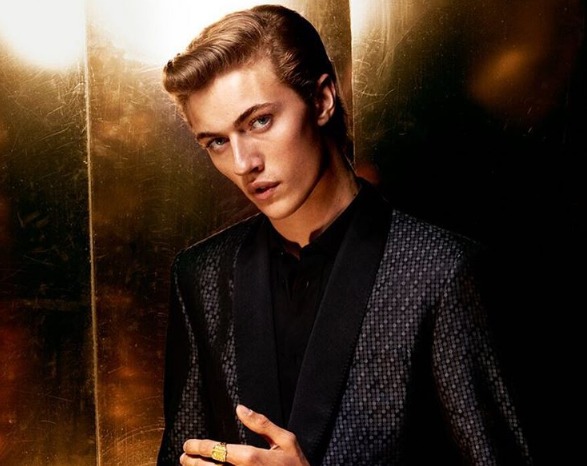 This Mormon teen "is redefining the male supermodel," according to V Magazine. New York Times considers him "the most hyped male model on the planet," and Vanity Fair has declared him "social media's favorite male model," something his 2.6 million Instagram followers definitely play a part in.

And let's not forget GQ named him one of the "13 most stylish men in the world right now."

Titled Stay Golden, Lucky Blue shares how a young boy from Spanish Fork, Utah, became one of the biggest male models in the fashion world.

Hey guys! I'm super excited to announce my first official meet up for the book. Im going to be in London, on Saturday October 22nd. So come and say hi. You can click on the link in my bio, for all the details from Waterstones and to register for a space!! I can't wait to see you all there!!!!!!

He also talks honestly and openly about his LDS faith. In past interviews, the teen has already cleared up misconceptions about Mormons still practicing polygamy, and his new book continues to battle stereotypes as it provides insights into his family's life and shares that Smith still makes time to attend church and pray regularly.

Recently, Lucky Blue Smith told the Times of London his current plans about whether or not he will serve an LDS mission: "I feel I can spread the word much bigger by staying."

Through everything, Lucky Blue Smith credits his "good, solid family" for keeping him grounded and "tak[ing] me down a couple of pegs if my ego’s getting out of hand,” according to Newser.