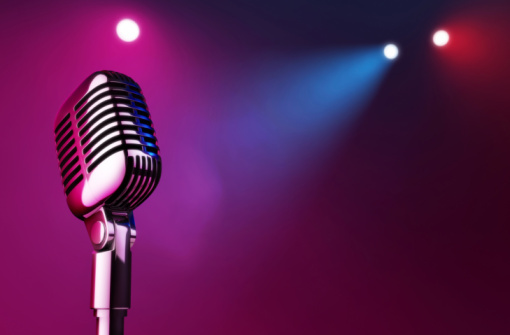 Tyler Castleton has co-written songs for superstar Martina McBride, legendary music icon Gladys Knight, entertainer Marie Osmond and the Jets. He’s composed scores for National Geographic, Animal Planet and the Mormon Tabernacle Choir. He was the mind behind Jericho Road, the popular Latter-day Saint boy band that has made its fame through religious music.

So why is he thrilled about starting from scratch, about cobbling five teenagers together not only to become like many whom he has helped along their way, but a niche group focused on “uplifting” themes that are free from “the worldly aspects of pop music?”

As Castleton seeks to add two more members to his group rehearsing out of a warehouse in downtown Salt Lake City, his reasons are about as numerous as those he’s helped on their path of stardom.

“I wanted the opportunity to make this work and challenge what’s happening on a national level. A whole lot of it isn’t what I want our kids listening to,” said Castleton, the owner of Tyler Castleton Music, Inc. and Diamond Aire Music Publishing. “There’s certainly a business aspect to this—a creative but business and structural standpoint. How can I sell this to the world, whether it be members of the Church or not?”

It’s a business model itself, Castleton said, to provide listeners—particularly the youth demographic—another option for compelling music distinctive from what is usually offered in the contemporary music market. In a time when the rise of Jericho Road has receded, the objective will begin in Asia, where the yet-to-be-named group over six weeks will visit 10 countries from Mongolia to Malaysia.

Following the release of a single music video in May, the group’s first album will be released exclusively in Asia in July before a United States release in mid-September.

The offshore opportunity came to Castleton unexpectedly but wholeheartedly after he was initially contacted by the office of Asia Area Seventy President Kent D. Watson about being personally featured in a series of firesides and workshops. That enabled Castleton to rendezvous about the prospect of a boy band performing on the continent under his direction.

Suddenly, “a 10-day visit has turned into an opportunity to reach members of the Church all over Asia,” Castleton said.

“It took on a life of its own,” he added. “The leadership has been so excited to run with this thing. From a missionary aspect, it’s a great opportunity to share more in good, clean entertainment.”

The group is scheduled to perform at youth conferences and other general concerts where members of the Church are encouraged to invite their friends and other local government leaders and dignitaries.

“The root for me is the excitement and energy that comes from great music,” Castleton said. “Then you have a magical thing that can happen.”

And it’s proven to be spellbinding in its hope of attainment. Videotape auditions from some 300 young men in approximately 40 states have yielded three selections for the group, one who is not a Latter-day Saint but is excited for the across-the-globe opportunity.

Castleton promises that the tools are in place for achievement. He has collaborated with songwriting colleagues in Seattle and Los Angeles that have tuned them in to pop themes that would attract youth. He has also made contact with Patrick Rose, who has scored Disney films, and 10-time Grammy Award-winning American R&B musician Kenneth "Babyface" Edmonds to organize tracks.

Aside from Jericho Road, the group has reminded Castleton of a women’s group called Providence that he organized nearly 20 years ago and a teen group called LOL. But with all the band’s members expected to be between 13 and 17 years old—the three who have been accepted are 14, 16 and 17—their youth exceeds any other group Castleton has worked with, making comparisons limited.

“They are obviously reminiscent of other parts of groups, but for the most part, it’s a unique experience,” Castleton said. “And with the Asia experience, we are certainly attacking it on a much wider scale.”

The task may be daunting—Castleton said it’s not easy for teenage boys to possess interpersonal and media communication savvy, let alone dance moves, with an excellent voice. (The latter is easier to find, he said.) But at least they’ll be slightly more equipped than Castleton’s previous boy band product.

“You can do more vocally with five guys in a live setting,” he said, as compared to Jericho Road, which only had four members. “It doesn't hurt that the most popular boy band in the world right now [One Direction] has five members.”