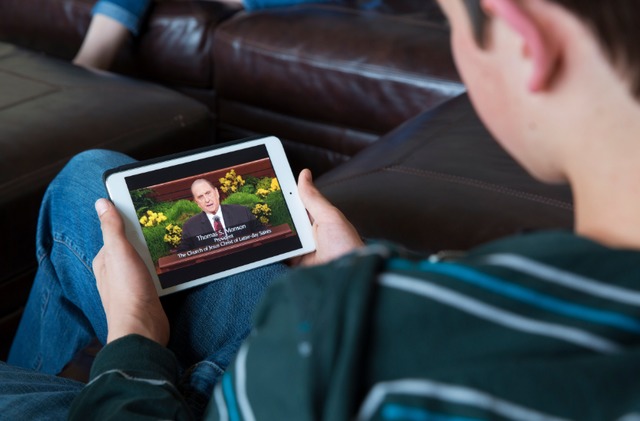 New Survey Shows Which Mormons Are Not Watching General Conference

Here are some interesting findings on Church members who view general conference and those who don't.

In a recent RadioWest episode, Doug Fabrizio interviewed Jana Riess about the “Next Mormons Survey” that she and I designed and fielded in the fall of 2016. Jana noted that the results showed that less than half of Mormon Millennials watched General Conference in the last six months.

Age undoubtedly makes a difference, but what about gender, education, race/ethnicity, or other important demographic factors? Using the “Next Mormons Survey” we are able to dig deeper into patterns of viewership of LDS General Conference.

Using a statistical tool called a “multivariate regression analysis,” we can identify the unique effect of each of these factors on General Conference viewership among our survey respondents, controlling for each of the other factors. Here we analyzed age, gender, race, education, income, political partisanship, geography, and activity level in the Church. 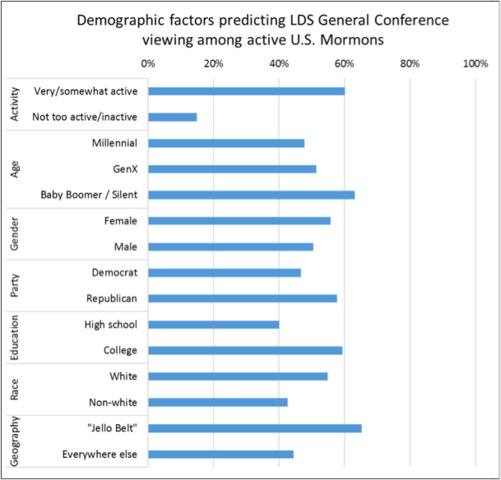