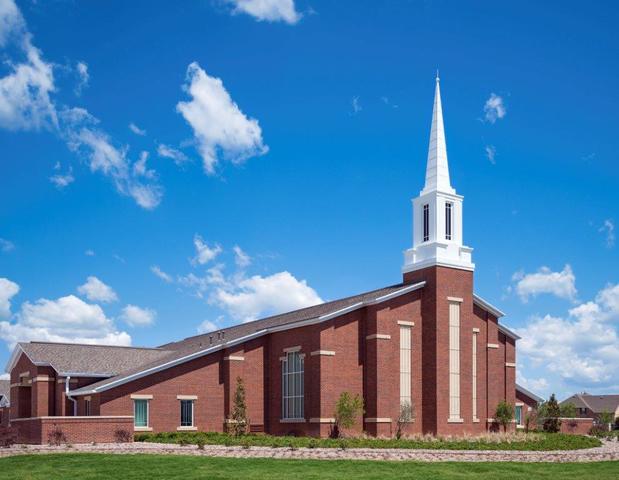 WHEN OPPOSITION COMES, BE PATIENT AND SET A GOOD EXAMPLE

“And at midnight Paul and Silas prayed, and sang praises unto God: and the prisoners heard them” (Acts 16:25).

One of the great images of the New Testament is of this moment when Paul and Silas, stripped and savagely beaten, thrown into a Philippi prison and placed in stocks, "sang praises unto God" (Acts 16:23-25). Patience and long-suffering indeed! Paul was truly a man willing to be a witness in all things.

But why not sing praises in prison, or anywhere else? Paul's great love was not for his own life, but for Christ (see Acts 20:24; 21:13). That love became his motivation from his encounter with the Lord on the road to Damascus until the day of his martyrdom. It was a love he taught eloquently to others:

“That Christ may dwell in your hearts by faith; that ye, being rooted and grounded in love, May be able to comprehend with all saints what is the breadth, and length, and depth, and height; And to know the love of Christ, which passeth knowledge, that ye might be filled with all the fulness of God” (Ephesians 3:17-19).

Think of this: Paul and Silas, their bruises throbbing and their wounds bleeding, thrown into prison and placed in stocks, praying and singing praises.  Had I suffered as they suffered, I suspect I might have been doing something else besides singing praises.  But these men probably heard the same message the sons of Mosiah heard.

“And the Lord said unto them also: Go forth among . . . thy brethren, and establish my word; yet ye shall be patient in long‑suffering and afflictions, that ye may show forth good examples unto them in me, and I will make an instrument of thee in my hands unto the salvation of many souls” (Alma 17:11).

Their good example continued. Like Alma and Amulek (see Alma 14:27), the missionaries were freed by an earthquake:

“And suddenly there was a great earthquake, so that the foundations of the prison were shaken: and immediately all the doors were opened, and every one's bands were loosed” (Acts 16:26).

The Jailor was about to commit suicide, but even with the doors open and their bands loosed, these wonderful men stayed in the prison.

“And the keeper of the prison awaking out of his sleep, and seeing the prison doors open, he drew out his sword, and would have killed himself, supposing that the prisoners had been fled. But Paul cried with a loud voice, saying, Do thyself no harm: for we are all here” (Acts 16:27, 28).

“And [the jailor] brought them out, and said, Sirs, what must I do to be saved?  And they said, Believe on the Lord Jesus Christ, and thou shalt be saved, and thy house.  And they spake unto him the word of the Lord, and to all that were in his house.  And he took them the same hour of the night, and washed their stripes; and was baptized, he and all his, straightway” (Acts 16:30-33).

Earlier, during his first missionary journey, Paul showed this patience and long-suffering in another place. You will remember from lesson 30 that he was stoned and left for dead in Lystra by a mob incited by bitter Jews from Antioch (see Acts 14:19).

But he was healed by the disciples and rose up and went to Derbe.

“And when they had preached the gospel to that city, and had taught many, they returned again to Lystra, and to Iconium, and Antioch,  Confirming the souls of the disciples, and exhorting them to continue in the faith, and that we must through much tribulation enter into the kingdom of God” (Acts 14:20,21).

Paul met serious opposition, but returned to the places where it happened in order to demonstrate by word and deed (by example) "that we must through much tribulation enter into the kingdom of God."