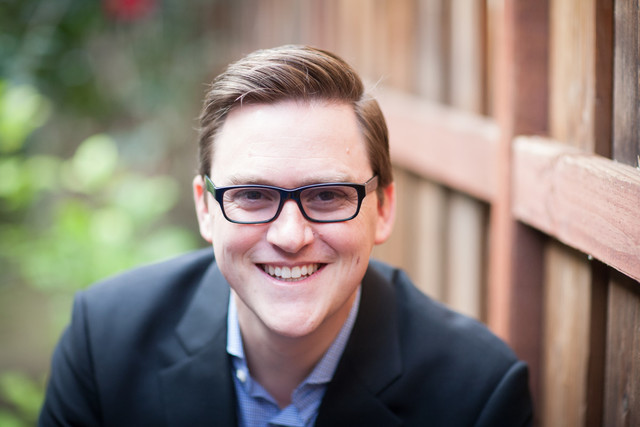 Greg McKeown, the guest on this week’s episode of All In, has taught the principles of “essentialism” to some of the biggest and most successful companies in the world, including Apple and Google. His writings have been published in Fortune, Politico, and Harvard Business Review, among others. But he is also a husband, father and former Latter-day Saint bishop who seeks to apply in his own life the principles that he says are found on nearly every page of scripture.

“Essentialism” is, as McKeown’s book of the same name says, “The disciplined pursuit of less.” It is a mindset and way of life that focuses on identifying what is essential in life, eliminating the non-essential, and structuring your life in a way that makes execution of the essential as effortless as possible. As he explains to All In host Morgan Jones in the podcast excerpt below, as he has focused his studies on this concept, McKeown has found that Jesus Christ was a master of determining the most essential thing in every situation.

Listen to the full episode here or in the player below.

GM: The answer is ‘Yes.’ They’re interrelated. I don’t even fully know how to separate them. But I will say this, when I was first writing Essentialism [I] was looking for examples in scripture partially as a foundational, sort of steadying mechanism to make sure that what you’re teaching isn’t just fresh—it must be fresh and true. So there’s a few ways of doing that. You could do that through a variety of research techniques, you can do that through study, and you should also, I felt I should also, do it foundationally in scripture. Does this fit within what is revealed truth?

At first, what I found was [that] there are a few stories, sort of classic simplification and prioritization stories in scripture, and I felt like I was sort of bringing together a piece here and piece there. [In] Mary and Martha’s story, one is focused on the Savior and the other is focused—too concerned with the hospitality of the moment and all that had to be done. But the first chose that good part. Okay, there’s a story. That supports essentialism. And I felt like I was reading in that way, but over time, I have understood something very differently, which is that every page and literally almost every story, if not every story, is an essentialist story. It took me awhile to see that, and what that revealed to me was how non-essentialist my own mind had become, how many non-essentialist ideas I had that got in the way of me reading the scriptures. It’s not just ‘I read the scriptures directly,’ when we read the scriptures. There’s me, there’s my mindset, the way I see the world, to use Paul’s description, ‘to see through a glass darkly,’ and I realized that parts of my dark glass, part of what was interfering with my reading of the scriptures was a set of assumptions that turn out to be non-essentialist assumptions. And so, it was interfering with which scriptures I emphasized, which ones I read, and how I read those stories.

So, for me, essentialism was a vehicle for cleansing some of that. For helping me to say, ‘Okay, let’s just try to take some of the world out of my mind, some of the world’s expectations out of my mind and just seek what is actually written here.’ And then what I find is you could almost literally at random turn to any page of scripture and say ‘Okay, what’s the story?’ And what you’ll find is it’s a story about someone who has been asked to make a divine trade-off between something essential and something non-essential, and sometimes those tradeoffs are really tough. That’s why they make [it into] scripture and survive for thousands of years. They’re exquisitely tough challenges because people are being asked to make decisions between something essential, meaning very important—the most important—and something else really important.

You think of Abraham with his son, Isaac; this is in a sense the test of all test because he has to be able to discern the priority of his life. He’s not allowed to simply say, ‘Look, there’s a lot of good things and there’s a lot of really, really good things.’ He must be able to discern between the Lord Himself and His will for Abraham and the life of his own son and previous promises that have been made to him. So, this is an essentialist challenge! It may be among the very toughest in scripture. And if he hadn’t known what the priority was versus what a bunch of important things were, he couldn’t have passed the test. He passes the test because he knows God first. Everything else, including my own son—including the life of my own son—second. Getting that priority right is really the story of all scriptures. It’s the same story again and again. Will we give up something less important for the thing that matters most, which is putting the Lord first and trusting that He’s always right so that we’re seeking constantly to have the discernment to be able to know the difference between the priority and even the other good things in our life.

All In is an LDS Living interview-style podcast. You can check out all episodes of All In here.