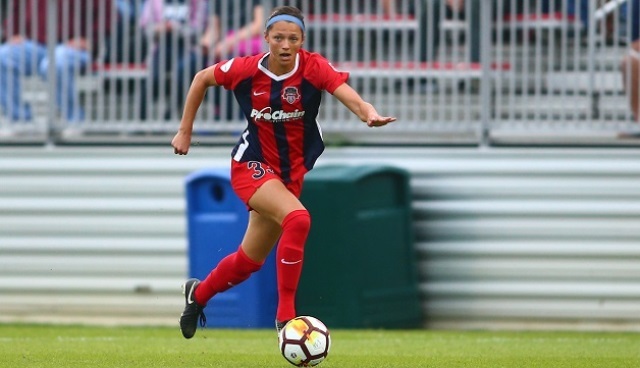 If pro soccer player Ashley Hatch challenges you to a game of H.O.R.S.E., just walk away. You can't win. When the other player can make buckets with their feet, they're pretty much guaranteed the victory.

The Washington Spirit striker is used to finding the back of the net on the soccer pitch, but this week Hatch gained national attention for showing off her skills using a different kind of net. The former BYU All-American posted a trick shot on her instagam with the caption “My free throw % is better than yours @stevenash," tagging him in the Trick-Shot Crossover challenge.

ESPN’s SportsCenter picked it up as part of their Top 10 plays.

(No word yet if the two-time NBA MVP, an avid soccer fan and analyst for Turner Sport's UEFA Champions League coverage, will respond to Hatch's challenge.)

Hatch has made a seamless transition from collegiate soccer to the National Women’s Soccer League. The second overall pick of the 2017 draft, Hatch took home Rookie of the Year honors in a season that saw her tie the NWSL season record for goals and help the North Carolina Courage advance to the championship final.  Hatch was traded to the Washington Spirit in January 2018. She also has two caps with the USWNT.

The Gilbert, Arizona, native credits her faith for helping her make the jump from being a college athlete surrounded by family and friends to being a professional athlete isolated on the East Coast.

“I felt so much peace going into the draft because I knew that wherever I went, the Church would be there for me,” she told the Church News.

Her teammates have been supportive of her faith as well. “They know I’m a member of the Church, and they respect my values and lifestyle, which has been so cool.” Hatch recently married Jeffrey Van Buren in the Gilbert Arizona Temple on January 18, 2019 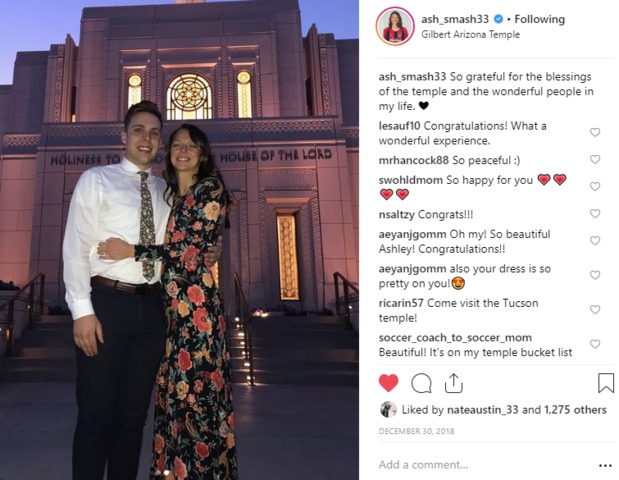 These life-changing experiences, she said, “have really helped develop my testimony.”

Hatch continues to share her talents and her testimony on social media as she gears up for the 2019 season. Preseason for the NWSL begins on March 4.