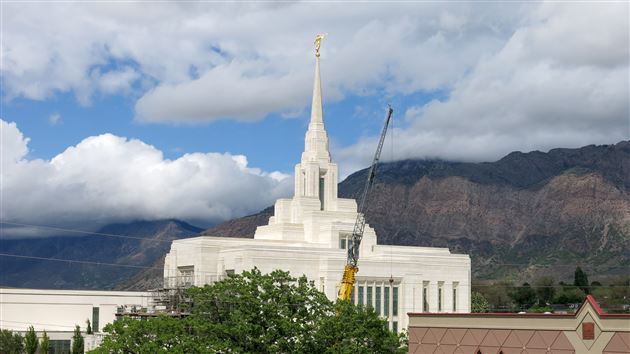 It’s a once in a lifetime opportunity for Ogden, said Christina Myers, responsible for all communication between non-English-speaking individuals at the LDS temple open house next month.

Utah’s population consists of 13.3 percent Hispanics, 1-2 percent African-American/Asian/Tongan, and 0.005 percent deaf and hard of hearing individuals, according to statistics gathered by Myers, chair of translation services for the Church of Jesus Christ of Latter-day Saints, who considered all communities when making accommodation for the opening of the Ogden temple, 350 22nd St.

“Through my research, I found that some of the languages represented in Utah are much smaller, so we decided as the temple department that languages that we probably needed -- the language that we would concentrate on -- would be Spanish, because we have a large Spanish-speaking population,” Myers said.