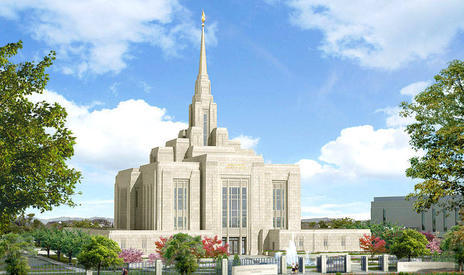 There is some good news for members of The Church of Jesus Christ of Latter-day Saints in the Top of Utah and those who are ready for refurbished landmarks.

Nearly four years, from February 2010, have passed since it was announced that the Ogden temple would be closed for major renovations, refurbishing and given a total new look with a new exterior, underground parking, a new fountain and the main entrance switched to the east side toward Washington Boulevard.

The temple was eventually closed in April 2011, and it looks like the temple should be ready for rededication by the end of the third quarter or the beginning of the fourth quarter.