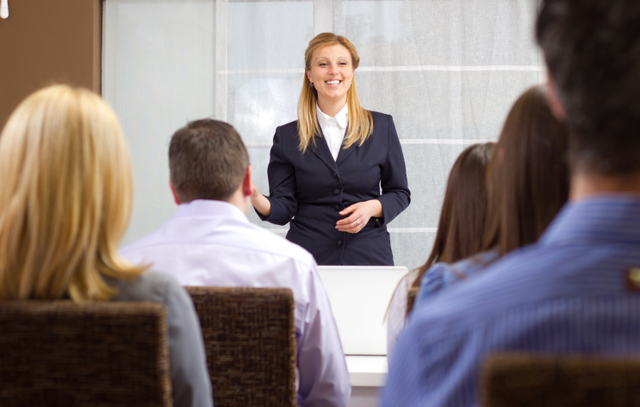 Old Testament Lesson 11: "How Can I Do This Great Wickedness?"

INTRODUCTION: If I were teaching this lesson, I might begin by pouring water into several different shaped containers and asking class members to comment on what we can learn from that activity about the qualities of water. Someone will probably say that water takes the shape of its environment. If you then ask for words that describe water, you might get words like these: Flimsy, unsound, mercurial, capricious, changeable, wobbly, fickle, erratic, unreliable, undependable, vacillating, untrustworthy, variable, mutable, impermanent, unsteady, uncertain, transitory, ephemeral, inconsistent, precarious, and unstable. I am amazed at how many words the English language has to describe this rather undesirable characteristic. But this lesson will require us to think about them, because we are going to talk about three people who were much like water (one was even compared to water), and one young man who was as unlike water as it is possible to be.

1. JOSEPH IS SOLD INTO SLAVERY BY HIS BRETHREN.

The scriptures give us the opportunity to watch some great people come out of broken homes. Abraham was one whose life was threatened by family members. Joseph was another. We are told of his brothers that “they conspired against him to slay him” (Genesis 37:18). And yet few men rose higher in life than these two. With the example of these two available to us, It may be hard for people who suffer from imperfect families to convince the Father on judgment day that their lack of devotion and obedience ought to be excused because of what happened in their homes.

17-year -old Joseph was stripped of his coat and thrown into a dry pit, and then his brothers sat down to eat! (37:24,25) Do they not seem, except for Reuben, to be cold and heartless? The initial intent of his brothers was to leave him there to die. They were tired of what they perceived to be special treatment that he received from their father. They were all, save one, older than he was and yet he was the birthright son. And he was a dreamer, a dreamer of dreams that were not flattering of his brothers, whom, he indicated, would one day bow before him (see Gen. 37:5-10).

But the pit was only the beginning of troubles. He was pulled from the pit and sold as a slave to Ishmaeelites or Midianites journeying to Egypt. From slavery he was cast into prison. He spend 13 years of his life as a slave or a prisoner (see Gen. 37:2 & 41:46).

We see in Joseph a man who was absolutely committed, constant, dedicated, determined, dependable, enduring, persistent, faithful, reliable, resolute, and steady. Lehi said to his son Lemuel, “O that thou mightest be like unto this valley, firm and steadfast, and immovable in keeping the commandments of the Lord!” (1 Nephi 2:10) Joseph was firm, steadfast, immovable. In the most hostile of circumstances, he never wavered in his devotion to his principles. But there were others who did, and Moses tells their stories just before he tells Joseph’s. This cannot be coincidence. That we should be told four stories about sexual purity in six chapters suggests that Moses wanted us to learn something.

So let us look first at three who were as unsteady and uncertain as water.

In Genesis 35:22 we read of Reuben, “And it came to pass, when Israel dwelt in that land, that Reuben went and lay with Bilhah his father's concubine: and Israel heard it.” This matter was still an issue years later when Israel gave Reuben his final blessing:

This is a wonderful beginning to a blessing. Anyone would be pleased to have this kind of language in a patriarchal blessing. Words like might, strength, excellency, dignity, and power might well have caused Reuben to expect something superb in this blessing. But Israel was not finished yet, for he knew that there was a problem with his son.

Unstable as water, thou shalt not excel; because thou wentest up to thy father's bed; then defiledst thou it: he went up to my couch (Genesis 49:4).

Or, to put it more colloquially, Reuben, if you were reliable, you could accomplish great things, but you are not. You are like water, unable to resist any outside pressure, conforming to the shape of the closest circumstance. Because of this, you shall not excel.

Henry A. Bowman, who was at one time president of a college in Missouri, might have been thinking of Reuben when he said,

When all is said and done, there is nothing gained from premarital adventure except immediate pleasure, and that at tremendous risk and exorbitant cost. No really intelligent person will burn a cathedral to fry an egg, even to satisfy a ravenous appetite. (Cited by Hugh B. Brown, in Purity is Power).

I wonder how often Reuben wept in bitter regret and longed for a chance to be more stable as he wandered the ruins of his cremated cathedral.

The second story concerns a young man named Shechem and a daughter of Israel named Dinah.

And Dinah the daughter of Leah, which she bare unto Jacob, went out to see the daughters of the land. And when Shechem the son of Hamor the Hivite, prince of the country, saw her, he took her, and lay with her, and defiled her (Genesis 34:1,2).

Note the verbs in this passage: SAW; TOOK; LAY; DEFILED. To this list we might add one other verb, implied in the content of Genesis 34:26: KIDNAPPED.

And [Levi and Simeon] slew Hamor and Shechem his son with the edge of the sword, and took Dinah out of Shechem's house, and went out.

Shechem had not only defiled her but had kept her at his home.

Now look at 34:3. Shechem was so unreliable and unstable as to describe what he had done as love.

And his soul clave unto Dinah the daughter of Jacob, and he loved the damsel, and spake kindly unto the damsel.

I hear this kind of language occasionally in interviews with students and others who want to pretend, and who perhaps even believe that their acts of immorality are the offspring of love. They need to see the progression of verbs in this story: SAW; TOOK; LAY; DEFILED, KIDNAPPED; LOVED. What kind of relationship is that? I loved you and so I defiled you? A man who would say that is unstable as water.

And now to the story of Judah in Genesis 38. Judah, a widower, happened one day to see a harlot by the side of the road and stopped for a visit. He did not know that the harlot was his daughter-in-law, for she had covered her face with a vail (Gen. 38:14,15), and of course he did not know that she had been waiting for him. He had failed to keep a promise to allow her to marry his youngest son when her first two husbands had died leaving her childless. She set a trap for him, and he leapt in.

Think about this: Judah was one of the patriarchs of the 12 Tribes, a progenitor of Christ, a great-grandson of Abraham, a member of the covenant race of Jehovah. And yet, when he saw a prostitute along the road, he stopped for an afternoon of immorality. And Tamar knew he would! How else can you account for the fact that she disguised herself and waited confidently for him at a spot where she knew he would pass?

As if the transgression itself were not enough, Judah then compounded his infamy by ordering his daughter-in-law burned to death when he learned that she was pregnant out of wedlock! Only the fact that she produced Judah’s signet, bracelets, and staff, proving that he was the father of the unborn child, saved her life. Are you troubled like I am that this man would break solemn promises, abandon the commandments of God, and then condemn a family member to death for committing a sin that he himself had also committed? Unstable as water indeed!

3. JOSEPH (FIRM, STEADFAST, AND IMMOVABLE) REFUSED TO SIN AGAINST GOD.

And the LORD was with Joseph, and he was a prosperous man; and he was in the house of his master the Egyptian. And his master saw that the LORD [was] with him, and that the LORD made all that he did to prosper in his hand. And Joseph found grace in his sight, and he served him: and he made him overseer over his house, and all [that] he had he put into his hand. And it came to pass from the time [that] he had made him overseer in his house, and over all that he had, that the LORD blessed the Egyptian's house for Joseph's sake; and the blessing of the LORD was upon all that he had in the house, and in the field. And he left all that he had in Joseph's hand; and he knew not ought he had, save the bread which he did eat. And Joseph was [a] goodly [person], and well favoured. (Gen. 39:22-6)

This blessing comes only by obedience, and in this case it came to a young man who had every excuse to be disobedient. His faith in God had not seemed to help him avoid troubles. His obedience to the commandments had not prevented tragedy. In his awful circumstances he cannot ask the bishop for an interview nor seek a blessing from his father. No thoughtful members of his priests’ quorum will be by to offer support in his troubles. He is alone and utterly on his own. He has no reason to keep the commandments unless he wants to. If he does not, other than God, who will ever know?

We must read the drama that unfolds between Joseph and Potiphar’s wife with these thoughts in mind.

And it came to pass after these things, that his master's wife cast her eyes upon Joseph; and she said, Lie with me (Genesis 39:7).

This was not a single occurrence. He was a captive (no pun intended) audience, and she pursued him with single-minded determination. She kept after him because she knew he could not escape.

And it came to pass, as she spake to Joseph day by day, that he hearkened not unto her, to lie by her, or to be with her (Genesis 39:10).

Finally Joseph had to choose and he chose prison. He fled, endured false accusations, and spent years in confinement rather than assume the configuration of his circumstances.

I have taken a brick to class occasionally to represent Joseph. You can use all your efforts to put a brick into an oddly shaped container, but it will always look like a brick. The container will change its nature before the brick will.

CONCLUSION: The play A Man For All Seasons, written by Robert Bolt, is the story of Sir Thomas More, a man whose conscience was not for sale.  His life was less stable than his convictions.  He could give up his life, but not his devotion to what he believed was right.

In the play, More has an associate named Richard Rich, a weak-willed young man interested only in the advancement of his own career and in the accolades and prestige that come with power and position. More is Lord Chancellor of England. Richard asks him for a job in the court of England.

RICH: I would be steadfast!

MORE: Richard, you couldn’t answer for yourself even so far as tonight (p.37).

Joseph could answer for himself.  Shechem, Reuben, and Judah could not. But joseph could. Regardless of the temptations that might come to him, and without the reinforcement of praise and acceptance from others with the same principles, Joseph kept the laws of God, particularly the law of chastity.