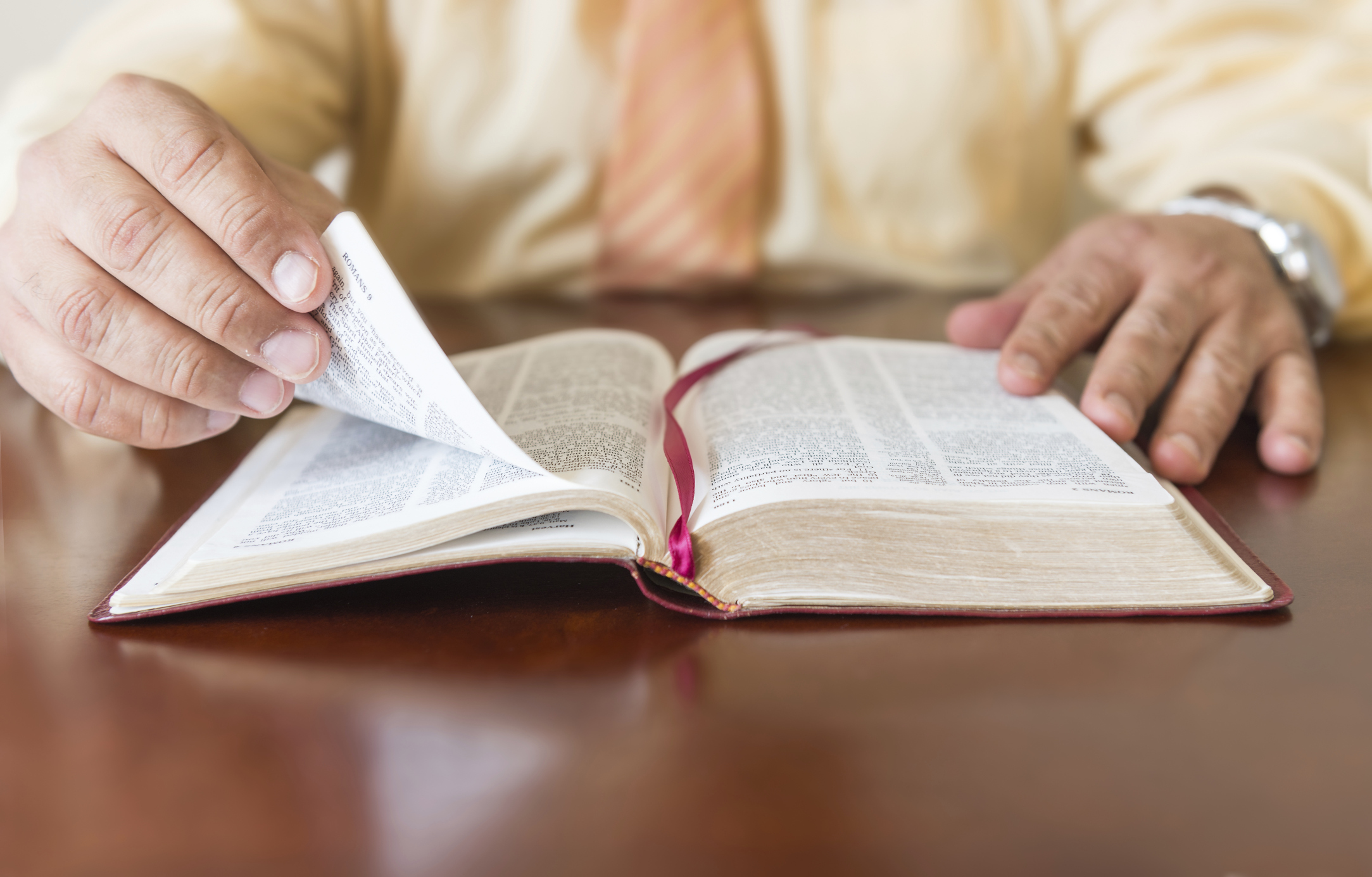 Old Testament Lesson 35: God Reveals His Secrets to His Prophets

I was presenting a missionary discussion to a family in my mission field many years ago.  The parents were polite but distant.  The daughter, however—a young lady about 18 or 19—was enthralled.  The idea of a living prophet aroused in her a remarkable enthusiasm, and she had many questions.  I was delighted to answer them.  I explained that David O. McKay was a prophet in the same way that Jeremiah and Isaiah and Moses were prophets, and that the Lord revealed his will to his children through his living prophets as he had done in ancient times.

“How what?” I replied.  I was uncertain of her meaning.

“How does he reveal the Lord’s will to you?  How does he get the word out?”

I spoke of General Conference and of the messages delivered every six months by the Lord’s mouthpiece.  She was excited, as she should have been.  She seemed to be golden in the brightest sense of the word. So was I. Speaking of his conference talks reminded me of something else.

“Not only that,” I continued.  “Every month President McKay writes an editorial in the Improvement Era, our church magazine.  Every month we get a written message from the prophet of God."

She could hardly sit still.  But she had one more question for me.  I was ready.  I had been a missionary for 19 months and knew that I could answer any question about prophets that an investigator could ask   . . . any question, that is, except this one.  Her eyes bright with anticipation, she asked, “What did he say last month?”

I am ashamed to report that I had never read a single editorial from President McKay in my life!

Perhaps many of us need to listen and follow more attentively.  I asked a Gospel Doctrine class in the middle of April several years ago to mention new things that they were doing because President Hinckley had asked Church members to do them during the most recent General Conference.  I had gone through his talks carefully and made a list of 35 activities President Hinckley had encouraged.  In my class of 50 students, only one class member mentioned one thing that had changed in his life.

Today we will emphasize the importance of listening to and following living prophets as we review the teachings of Amos and Joel.

1. Amos teaches that the Lord reveals His secrets to His servants the prophets (Amos 3:3-7).

Amos asks several questions in chapter three that have such obvious answers that they require no explanation.  He does this in order to prepare us for the principle in Amos 3:7.  For example:

3 Can two walk together, except they be agreed?

4 Will a lion roar in the forest, when he hath no prey? will a young lion cry out of his den, if he have taken nothing?

5 Can a bird fall in a snare upon the earth, where no gin is for him? shall one take up a snare from the earth, and have taken nothing at all?

6 Shall a trumpet be blown in the city, and the people not be afraid? shall there be evil in a city, and the Lord hath not known it? (JST)

7 Surely the Lord God will do nothing, until he revealeth his secret unto his servants the prophets (JST).

The New International Version of the bible delivers these verses as follows:

3Do two walk together
unless they have agreed to do so?

4 Does a lion roar in the thicket
when it has no prey?
Does it growl in its den
when it has caught nothing?

5 Does a bird swoop down to a trap on the ground
when no bait is there?
Does a trap spring up from the ground
if it has not caught anything?

6 When a trumpet sounds in a city,
do not the people tremble?
When disaster comes to a city,
has not the Lord caused it?

7 Surely the Sovereign Lord does nothing
without revealing his plan
to his servants the prophets.

The answer to each of these questions is “no” of course. The Lord asks these questions in order to assure us that the Lord would never act in a way that affects his children without a prior warning or explanation.  Our great challenge is implied in the following verses from Ezekiel:

Also, thou son of man, the children of thy people still are talking against [better: about] thee by the walls and in the doors of the houses, and speak one to another, every one to his brother, saying, Come, I pray you, and hear what is the word that cometh forth from the LORD.

And they come unto thee as the people cometh, and they sit before thee as my people, and they hear thy words, but they will not do them: for with their mouth they shew much love, but their heart goeth after their covetousness.

And, lo, thou art unto them as a very lovely song of one that hath a pleasant voice, and can play well on an instrument: for they hear thy words, but they do them not” (Ezekiel 33:30-32).

The Israelites who regard Ezekiel as a prophet are talking about him all over the city.  They look forward to the opportunity to hear the word of the Lord from him.  So they come, and they sit before him, and they listen to him, but . . . they do not do what he tells them to do.  Can you identify things in your life that are different because prophets spoke to us in General Conference?  Surely we all came and sat and listened while they spoke . . . but then what?

Amos has a vision in chapter seven that conveys a striking image to all of us.  Here it is:

Thus he shewed me: and, behold, the Lord stood upon a wall made by a plumbline, with a plumbline in his hand.

Amos warns that one day the Lord will place a plumbline in the midst of his people to see if they are listing or walking uprightly.  If they are not vertical, He “will not again pass by them any more . . .”  (Amos 7:8). That is, He will not always be merciful and forgiving.  A time of accounting will come.

Take a look at Amos 7:10-17. What happened when Amos prophesied the destruction of Jeroboam by the sword, and the captivity of Israel?  What should have happened? When the prophets say things we do not want to hear, what ought we to do? These verses are a good example of the promise in Amos 3:7.

Amos 8:11-13 is a prophetic description of what happens to people who reject the words of prophets.  People wander and run and seek for meaningful direction in their lives, but because they are not willing to acknowledge the existence of living prophets, they cannot find it.

But even in the midst of these divine warnings and injunctions, the Lord affirms His concern and love.  As happens so often in the scriptures when the children of the covenant stray, the Lord concludes the messages of Amos with an affirmation of love.  Think about the meaning of these phrases from the end of Amos 9.

Behold, the eyes of the Lord GOD are upon the sinful kingdom (Amos 9:8).

I will sift the house of Israel among all nations, like as corn is sifted in a sieve, yet shall not the least grain fall upon the earth (Amos 9:9).

In that day will I raise up the tabernacle of David that is fallen, and close up the breaches thereof; and I will raise up his ruins, and I will build it as in the days of old . . .” (Amos 9:11).

And I will bring again the captivity of my people of Israel, and they shall build the waste cities, and inhabit them; and they shall plant vineyards, and drink the wine thereof; they shall also make gardens, and eat the fruit of them (Amos 9:14).

And I will plant them upon their land, and they shall no more be pulled up out of their land which I have given them, saith the LORD thy God (Amos 9:15).

Do these promises not make you want to rejoice in the mercy of the Lord?  He will indeed “set his hand again the second time to recover the remnant of his people” (Isaiah 11:11; 2 Nephi 21:11).

3. Joel prophesies that God will bless His people in the latter-days and pour out His spirit upon them (Joel 2-3).

Joel 1:15 identifies the day of which Joel is speaking. “Alas for the day!  for the day of the LORD is at hand, and as a destruction from the Almighty shall it come.”

Joel 2:1 echoes that message: “Blow ye the trumpet in Zion, and sound an alarm in my holy mountain: let all the inhabitants of the land tremble: for the day of the LORD cometh, for it is nigh at hand . . .” There is a great deal in Joel of warning and prophesied destruction.

Chapters one, two, and three all tell of an awful famine (see Joel 1:10-12) and of a great and terrifying army such as has never been known before in the earth (see Joel 2:2).  This army will be will be nearly invincible and will fight with fire, and “nothing shall escape them” (see Joel 2:3).  Indeed, the day of the Lord “is great and very terrible . . .” (Joel 2:11).

But the Lord issues an invitation in Joel 2:12:

Therefore also now, saith the LORD, turn ye even to me with all your heart, and with fasting, and with weeping, and with mourning:

And rend your heart, and not your garments, and turn unto the Lord your God: for he is gracious and merciful, slow to anger, and of great kindness, and repenteth him of the evil.

In fact, the rest of the book of Joel mentions several blessings that will come to the faithful. Here are some of them:

2. “Turn unto the Lord your God; for he is gracious and merciful, slow to anger, and of great kindness, and he will turn away the evil from you” (Joel 2:13, JST).

8. The Lord will put an end to the captivity of Judah and Jerusalem (see Joel 3:1).

9. The Lord will be the hope of his people and the strength of his children (see Joel 3:16).

I spent time a few years ago New York and visited the cabin located on the spot where the Church was organized in 1830.  As I stood in the room, I was reminded that a revelation was given that day to those assembled there.  Appropriately enough, much of the revelation was about following prophets:

Behold, there shall be a record kept among you; and in it thou shalt be called a seer, a translator, a prophet, an apostle of Jesus Christ, an elder of the church through the will of God the Father, and the grace of your Lord Jesus Christ . . . .

Wherefore, meaning the church, thou shalt give heed unto all his words and commandments which he shall give unto you as he receiveth them, walking in all holiness before me;

For his word ye shall receive, as if from mine own mouth, in all patience and faith.

For by doing these things the gates of hell shall not prevail against you; yea, and the Lord God will disperse the powers of darkness from before you, and cause the heavens to shake for your good, and his name's glory.

For thus saith the Lord God: Him have I inspired to move the cause of Zion in mighty power for good, and his diligence I know, and his prayers I have heard (D&C 21:1,4-7).

Amos and Joel are, among other things, a divine invitation to us to claim the blessings that come from giving heed to the words of living prophets.