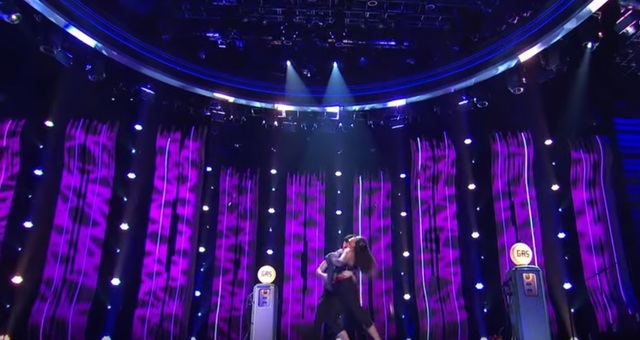 One Latter-day Saint Sibling Goes Home, Another Advances on "So You Think You Can Dance"

Despite receiving glowing praise from the judges, both of the Sosa siblings found themselves in the bottom four of So You Think You Can Dance this week.

Judge and producer Nigel Lythgoe added, “You’re in your element and it was fantastic."

Ezra Sosa similarly received praise from the judges after his jazz routine to Joe Cocker’s “You Can Leave Your Hat On.” "You were just terrific,” judge Mary Murphy declared.

Yet both dancers found themselves in danger after not receiving enough votes to advance into the top eight. Of the bottom four contestants, the judges could choose to save two dancers, and they sent Stephanie Sosa and Eddie Hoyt home while saving Ezra Sosa and Anna Linstruth.

►You'll also like: Latter-day Saint Siblings Make History in the Top 10 of So You Think You Can Dance

“I’m just so proud of you,” Ezra Sosa said after his sister was eliminated from the show. “This has been a dream of ours ever since we could remember and we will always be there for each other, no matter what.”

Before leaving the stage, Stephanie Sosa said, "I just want to thank my family for everything you’ve done for me. To all the girls out there who think that they’re not skinny enough, pretty enough, worth enough, that you can do anything, that if you work hard, you can do anything.”

Throughout the competition, the Sosa siblings have supported each other and made history on the show as the first set of siblings to make the top 10. After Stephanie was cut from So You Think You Can Dance just before the top 10 last year, she decided to audition again, this time with her brother.

►You'll also like: How Latter-day Saints Are Absolutely Dominating the Dance World

Throughout the season, the Sosas have continued to talk about family and their faith, including mentioning how prayer helped them through an emotional time when their mother suffered a stroke.